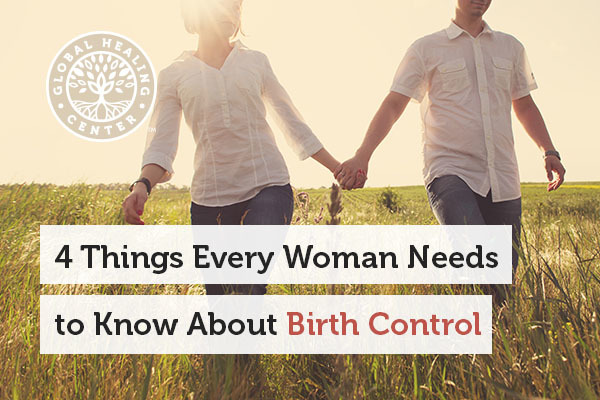 The advent of birth control pills seemed like a dream come true. These modern preventative approaches appeared to emancipate women, allowing the joy and pleasure of sex without the risk of getting pregnant. It was all too soon, though, that some women discovered that the control measures weren't the panacea they thought. In fact, the harm they produced was becoming increasingly clear. If you are over 35, have had a history of heart disease, stroke, high blood pressure, or breast cancer, have migraines or smoke, then you are at a relatively high risk for adverse effects. Those effects range from fairly minor to potentially deadly.

Of those effects, on the relatively mild end of the spectrum are nausea, headache, breast tenderness, weight gain, irregular bleeding, decrease in sexual desire, less enjoyable orgasms, and pain during sex. Even more serious are the known life-threatening risks, including increased blood pressure, blood clots, heart attack, and stroke.

Birth Control Facts You Should Know

1. There are Two Types of Birth Control

Having a period may seem like a nuisance, but it's a very good way for the body to release toxins. Some toxins accumulate in our blood, and the release of this blood may reduce toxic overload. What are the long-term effects of injected contraceptives that suppress menstruation? No one really knows, and making a connection could be quite difficult in a world where toxins are everywhere.

In the relatively short term, many women have had terrible concerns with injected contraceptives. Leslie Botha, who produces Holy Hormones Journal, has looked in-depth at two of them, and the picture isn't pretty. Implanon, which can prevent pregnancy for as long as 3 years, has been implicated in some serious harms. The drug uses a progesterone-like hormone Etonogestrel, which is similar to the hormone used in Norplant, the contraceptive pill that was removed from the market in 2002 for causing blindness in one woman. [1] Implanon has caused prolonged bleeding — from 2 to 26 weeks — in some women. Removal of the rod-shaped device, which is usually implanted in the upper arm, can be tricky because it often migrates and is difficult to find. [2]

Depo-Provera, along with most progestin-only contraceptives, prevents conception by drying and thickening the cervical mucus. This, in turn, prevents most sperm from reaching the cervix. It also thins the uterine lining, preventing the implantation of a fertilized egg in case a sperm makes the trip. Usually, the drug suppresses menstruation by suppressing signals from the hypothalamus and pituitary, both of which control the monthly cycle. [3]

Progestin suppresses estrogen, sometimes resulting in the thinning of bones. Women known to be at risk for osteoporosis who take synthetic estrogen are known to suffer more broken bones. Many women take oral or injected contraceptives because of concerns with irregular periods, monthly pain, heavy or prolonged bleeding, or other concerns. However, as noted earlier, suppressing the symptoms of a concern does not solve it. Whatever is causing the concern is still there — and it could worsen without your awareness. [4] [5]

Forcing changes upon natural, hormonal balance places the body under a great deal of stress. Certainly it's true that most women won’t suffer from such severe issues related to these medications, but most of those harms are measured over the short term. Over a lifetime, no one really knows what the effects might be.