While economic, security and environmental concerns should be of pivotal importance to our new president and his administration, health care may be the single most crucial area of public concern. According to that old adage, "If you don't have your health, you don't have anything," health care must be a priority focus if we are to advance as a country and as human beings in a sustainable, life-affirming way.

The current health care system is wrought with concerns. From the high cost of insurance premiums, to the method of treating symptoms rather than the root cause of the illness, Americans are struggling to stay healthy within a system that may be keeping them sick!

The American people need healthcare changes that allow them to embody wellness, instead of the current program which only treats emergency issues that are usually the result of a chronic condition left untreated, or simply unnoticed.

The following article will offer Global Healing's Top 5 List of Health Issues for president-elect, Obama. It is our hope that the new administration will address some of the fundamental ways in which our healing modalities are accessed and organized.

1. Restrict the use and production of all harmful pesticides, insecticides and airborne chemicals 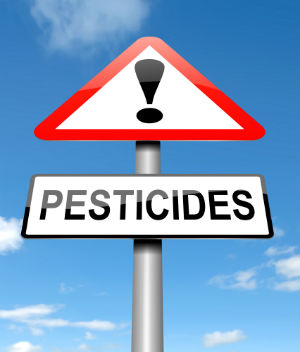 There are very few scientists who would dispute the fact that insecticides and pesticides are extremely hazardous to our health. These chemicals threaten not only our health, but also the health of our planet, and the security of global and local food resources.

PANNA (Pesticide Action Network North America) has released statistics showing that these harmful chemicals are "aggressively promoted by multinational corporations, government agencies, and other players in this more than $35 billion a year industry."

Current research shows that we are literally poisoning ourselves with toxic chemical overload from common household cleaning supplies, pesticides, insecticides and the chemicals we use on the foods we eat.

The Environmental Protection Agency has even made public statements regarding how polluted our daily lives have become. Americans are continually breathing in toxic, chemical-laden air, eating foods which are covered in pesticides, and using many toxic products in their daily life habits. According to the EPA, it is not uncommon to see U.S. households test high for such toxins as lead, tar, and radon.

In this light, I call for the new administration to restrict chemical use, and to replace these harmful substances with ecologically safe alternatives.

Naturopathic health practices have been proven to prevent and treat countless diseases and poor health conditions. The current administration should end the monopoly that health insurance companies and chemical drug companies currently hold on the system.

If certain practices and remedies have been clinically proven to help illnesses and conditions, health insurance should cover them. This includes alternative healing modalities such as dietary supplements, use of herbs, naturopathy, Ayurveda, Chinese medicine, and any other effective natural remedy.

Evidence shows that we can improve our health and save money on costly treatments through the use of such methods of preventative natural care. Smoking, excessive consumption of alcohol, poor diet, and lack of exercise have been shown to be responsible for over 900,000 deaths a year [1]. That is a whopping 40% of all deaths in the U.S!

It makes no sense that insurance companies will cover chemical prescription drugs, and will not cover time-tested natural remedies and supplements. This is especially true when one considers the fact that prescription drugs are the fourth leading killer in the U.S.!

3. Require that the F.D.A. hold the Pharmaceutical companies accountable for toxic prescription drug side effects and deaths 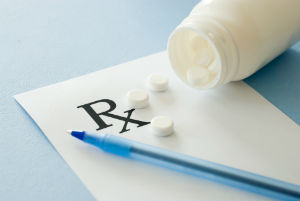 The new government desperately needs to tighten regulations on pharmaceutical companies. The current administration has allowed these companies to rein unchecked, passing new drugs into the public sphere with very limited testing. Some of these drugs have later proven to be highly toxic, usually after people are experiencing terrible side effects, or even dying from using the drugs.

Furthermore, the Obama Administration should ban all advertising of prescription drugs to the public. Currently, flip on any television and you will be barraged with a whole host of mood and life-enhancing super drugs, all promising to cure this or treat that.

One example of how the F.D.A. fast-tracks toxic drugs onto the market, only to have them recalled, was the recent scandal with Vioxx, Merck's arthritis drug. Only after hundreds of thousands reported increased heart concerns like heart attacks and strokes did the F.D.A. recall it. Sadly, it is still being used by 2 million people in the world currently, and has been sold to over 84 million! [2]

A report from the Journal of the American Medical Association stated that serious reactions to toxic prescription drugs are responsible for the deaths of over 100,000 Americans every year [3]. This is almost three times more than the number of Americans killed in car accidents.

Despite this shocking fact, and due to the laxity of the Administration, the sale of chemical drugs has more than doubled in recent years, and the cost of these drugs has risen >by 17% annually. This is increasingly due to the fact that our doctors are "urged" (through trips, expensive dinners, vacations, and cash) to prescribe new drugs. Drug companies spent a shocking $1 billion dollars on creating "marketing events" for physicians.

Even more frightening is the fact that there is no regulating structure for the adverse effects of the drugs once they are on the market. If doctors find out that a drug has killed or injured their patient, they may or may not report it to the F.D.A. Some studies show that it can take up to 25 years to get a toxic drug off the market once it has been approved. 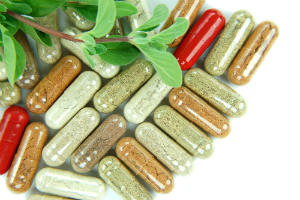 Many doctors are forced out of the country when they share or publish successful results on natural cancer remedies. How can this be?

Sadly, big pharmaceutical companies thrive on keeping people sick. Natural cancer treatments exist, and in many cases they have returned up to a 97% cure rate in newly-diagnosed patients. Similarly, many alternative methods have shown more than a 60% cure rate. Many cancer patients only turn to these remedies when they have given up on orthodox medicine.

Furthermore, studies at the CHRCC are looking into the effects of herbs such as ginseng in the prevention and treatment of different types of cancer. It is estimated that one out of three people will develop cancer in their lifetime and the medical-based cancer treatments (chemotherapy and radiation) are failing miserably.

It is estimated that genetically modified organisms appear in over 2/3 of all processed foods in the U.S.

More than 200 U.S. scientists have publicly stated that these foods are a serious hazard to our health. The Union of Concerned Scientists, the Medical Journal Lancet, Britain's Medical Association, politicians from more than 130 nations, and The National Academy of Science, all state that, without a doubt, genetically modified foods "should never have been allowed into the food chain." Furthermore, the National Academy of Science states that these foods create new "allergens, toxins, disruptive chemicals, soil-polluting ingredients, mutated species and unknown protein combinations into our bodies and into the whole environment [4]." Other foods have been proven to cause disease. These include aspartame, preservatives, white sugar, and high-fructose corn syrup. Both genetically modified organisms and toxic "foods" should be outlawed. Nutritionally useless, these foods have been created as cheap fillers. They are stripped of nutrients, vitamins, and minerals, and provide nothing but disease to the American people. The U.S. Administration needs to protect American consumers from the dangers of not only these chemical foods, but also all genetically modified foods and toxic drugs.