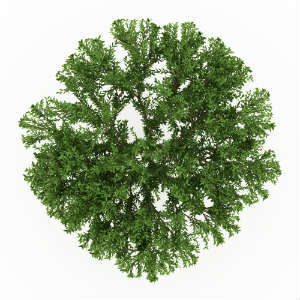 Brazilian pepper tree is a shrubby tree that’s found on several continents, but native to Central and South America. The leaves and bark contain many active compounds including alkaloids and essential oil. The plant has a long history of use by peoples throughout its native area. Peruvians use the sap as a topical cleanser against germs, Argentinians use it for respiratory ailments and urinary tract irritations. In Brazil, extracts from the bark are used in herbal medicine to address cardiovascular concerns, harmful organisms, and fungus.

In a study conducted by Brazil’s Universidade Federal de Pernambuco, patients with vaginosis were given an ointment containing an extract of Brazilian pepper tree. After just the first seven consecutive night-time applications, 21% of the patients reported improvement. Even more encouraging, adverse side effects were minor and infrequent. [3]

Clinical studies have investigated the toxicity of Brazilian pepper tree extract to common harmful organisms (not just streptococcus and staphylococcus, but also candida) have revealed it may be a therapeutic option for certain infections. [4] Several inquiries have been made into Brazilian pepper tree’s effect on fighting candida and it has repeatedly been shown to impair the growth and proliferation of candida albicans by inhibiting fungal cell wall formation. [5] [6]

Why is Brazilian Pepper Tree Effective?

Examinations of the functional mechanisms of Brazilian pepper tree show that it induces DNA damage and mutation in bacteria. [7] Given this fundamental action, it’s no surprise that additional research out of Brazil has identified compounds in Brazilian pepper tree extract that are toxic to other pathogenic funguses besides candida. [8]

Brazilian pepper tree is a great example of a natural product where the formal inquiries confirm the traditional use. Along with jatoba, horopito, and anise seed it is one of several botanicals that have demonstrated clinical toxicity to harmful organisms. Effective natural options are encouraging to persons who are suffering from candida and do not want to rely on pharmaceutical drugs for relief. If fungus or candida overgrowth is a concern in your life, Brazilian pepper tree could be a potential strategy.