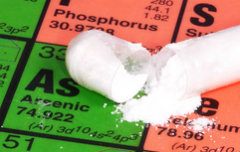 Certain forms of arsenic are found naturally in areas with high concentrations of metal ore. When these metals are mined and brought up to the surface, arsenic is often times released into the surrounding soil. Once it is in the soil, it eventually works its way into any nearby ground water, which in turn may contaminate the agriculture and drinking water.

This isn't a big secret. Regulatory agencies throughout the world monitor the levels of arsenic found in these areas to make sure that they remain within the perceived tolerable limits.

Unfortunately, research shows that arsenic leached from contaminated soil may become even more toxic as it is processed by the human digestive system [1]. This means that the level of exposure that our bodies are able to cope with may be significantly lower than regulators previously believed.

How Did They Test It?

Researchers cultured samples of bacteria that are naturally found in the human intestines and placed them into simulated digestive tracts. Four different types of soil known to have relatively high concentrations of naturally occurring arsenic were then added to the artificial digestive systems. A pure processed from of organic arsenic commonly used in metal smelting and certain forms of manufacturing was added to a fifth "digestive tract" as a control measure.

Once processed, the arsenic was retested to determine if any changes to its chemical composition had taken place. Their findings, as you may have already guessed, were much more dramatic than the researchers originally anticipated.

Finished samples taken from both the pure and soil-based arsenic being tested were found to have been transformed from their original states into significantly more toxic compounds. Specifically, monomethylarsonous and monomethylmonothioarsonic acids, which are known to trigger cancer in the lungs as well as the liver, kidneys and bladder.

What Can I Do To Protect Myself? 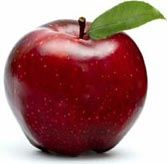 Protecting yourself and your loved ones from arsenic is difficult. It is a naturally produced substance that has always been found in portions of the food supply. That said, there are steps you can take to both reduce your exposure and decrease the time arsenic spends inside your body.

If you live in a region with relatively low concentrations of arsenic present in the soil, I recommend eating more locally grown, organic produce. If not, research the source of the foods you consume. Ensuring that your digestive system processes the foods you eat quickly and efficiently helps to reduce the time arsenic spends in your body. Regular cleansing helps prevent the build up of excess toxins that may stick around. Taking an oxygen-based colon cleanser is a great way to promote both healthy bowel transit time, as well as help eliminate any leftover toxins lingering in your intestinal tract.

For additional peace of mind, you could do a chemical/heavy metal cleanse, which will help flush out excessive amounts of harmful chemicals and heavy metals.