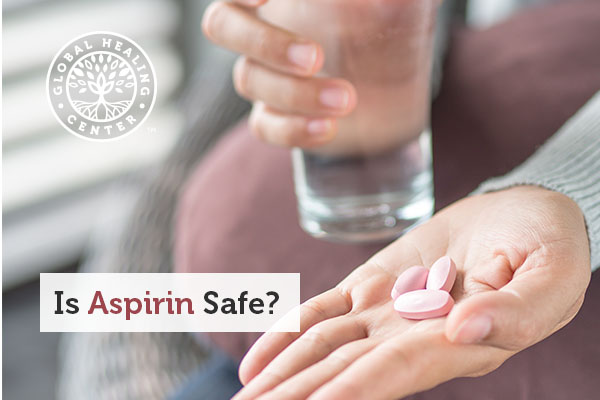 Beyond its typical use as an analgesic for occasional headache, fever and body aches, aspirin is frequently recommended by doctors to help a wide range of health conditions.

There is much documentation supporting the little white pill’s ability to prevent heart attack and stroke, as well as a number of other serious health concerns such as the formation of blood clots in high-risk individuals. Although, more recently, an increasing number of potentially serious side effects associated with its daily use have come to light.

When taken regularly over an extended period of time, even very small amounts of aspirin can lead to the formation of painful stomach and intestinal ulcers. Larger servings have been associated with tinnitus (ringing in the ears), and it is known to interact poorly with a number of other pharmaceutical drugs. There is also a small, but noteworthy, potential for allergic reactions; particularly in younger children.

Aspirin is the oldest of what are known as “non-steroidal anti-inflammatory drugs.” Its underlining ability to help thin and improve blood flow has been known for years. Now, according to researchers at the University of East Anglia (UAE) in the United Kingdom, it appears that this double-edged sword may also increase the risk of developing Crohn’s disease in some individuals by up to five times [1].

How are Crohn’s Disease and Aspirin Connected?

Crohn’s disease is a devastating form of Inflammatory Bowel Disease (IBD) that can cause severe irritation, and even bleeding, throughout the entire digestive tract. While the exact cause of the disease is not yet fully understood, it’s impact on sensitive digestive tissues is undisputed.

This, coupled with Aspirin’s tendency to cause ulcers with prolonged use, is what led University researchers to investigate the connection between the two. By conducting follow-up investigations on 200,000 participants who had been involved with an earlier European study, started in 1993, which focused on the link between cancer, nutrition and aspirin use.

The research teams tracked volunteers aged 30-74 living in the UK, Sweden, Denmark, Germany and Italy. It wasn’t until 2004 that a small but statistically noticeable number of them began to experience Crohn’s disease.

While only a small percentage (about one in every 2000) of the subjects involved developed the disease, the rate appears to be about five times the expected average for a population sample of that size.

Researchers caution that while the numbers suggest strongly that there is a connection between regular aspirin use and Crohn’s, further investigation is needed. Patients taking the drug for other serious health concerns, such as stroke and heart attack, should continue as directed by their healthcare provider.