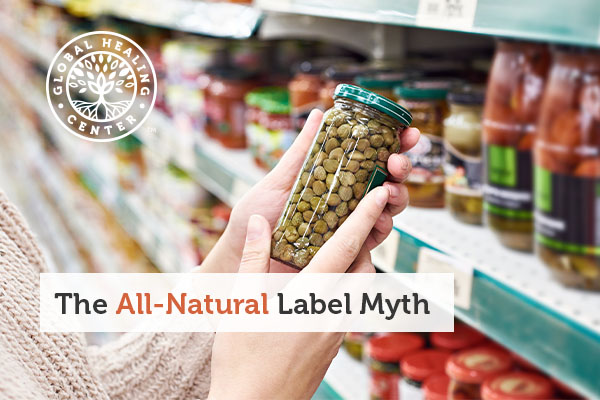 Genetically-modified organisms (GMOs) are controversial in the US due to potential health risks and the concern that GM foods have not been adequately tested. Americans who do not wish to eat GM foods often search for grocery store products that are labeled as ‘natural,’ ‘organic,’ or ‘non-GMO.’ However, new evidence suggests that packaged products labeled as ‘natural’ are misleading. A recent food survey conducted by Consumer Reports has revealed that a majority of the US packaged foods labeled as ‘natural’ actually contain a substantial level of GM ingredients.

Consumer Reports tested over 80 packaged foods that listed corn and soy as ingredients and found that while foods labeled as ‘organic’ or ‘non-GMO’ contained less than 0.9% of GM ingredients, almost all foods labeled ‘natural’ contained more. [1] Only the organic label as set forth by the USDA will ensure that a product is free from GMOs, not to mention pesticides, chemical preservatives, and artificial flavors. While all-natural foods may be a step in the right direction, choosing organic seems the best way to go if wanting to avoid GMO foods. The scientific community is divided on GMO safety. While many scientific studies suggest GM foods are safe for consumption, those who are opposed to GMOs frequently cite examples such as Dr. Arpad Pustzai’s 1999 report in The Lancet, which showed that a certain strain of GM potatoes negatively impacted rats’ gastrointestinal tracts. [2] Most of the arguments against genetically modified food focus on potential side effects and environmental damage.

There is currently no ban on GMO products in the US, and GM crops including corn, soybeans, sugar beets, and canola are relatively common. Genetically modifying these crops helps prevent damage from pests and herbicides, leading to a greater yield. While it may be legal to market these crops in the US, consumer advocates believe that if these crops are going to be used in processed foods, they need to be clearly labeled. Vermont has already passed a law requiring all GMO-containing foods to have a GMO label, and 20 other states are considering similar measures.

As mentioned earlier, purchasing organic is the best way to avoid genetically-modified ingredients. You’re also ‘voting with your pocketbook’ every time you choose organic food over conventional produce and packaged foods. Supporting the organic movement is something we can all do on an individual, yet collective, basis. Even better, seek out local farms in your area that grow food using sustainable, organic methods.