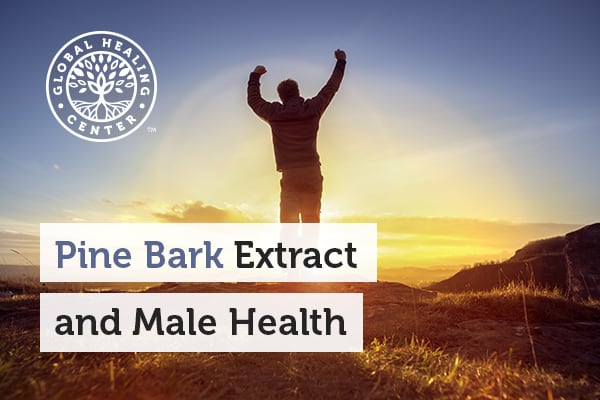 Pine bark extract is usually from the French maritime pine (Pinus pisaster) that also grows in countries along the western Mediterranean. Pine bark contains a number of beneficial compounds extracted from the bark in a way that doesn’t destroy or damage the tree.

The use of various tree barks for health reasons dates back to 1535 when French explorer Jacques Cartier landed in what is now modern-day Quebec, Canada. Being winter, no fruits or vegetables were available. The ship crew became ill and were dying from what we now know as scurvy, a deficiency of vitamin C. Natives taught explorers to use local tree bark as a tea for the scurvy. It worked. As it turns out, the tree bark is rich in vitamin C and other nutritional phytochemicals.[1]

Around 1951, a French researcher named Jacques Masquelier came upon Cartier's accounts of using regional tree bark extracts for his crew. Inspired, a quest began to find the active components in these various tree barks that imparted healing properties.

Masquelier found powerful active phytochemical ingredients were from the tree bark of a European coastal pine, Pinus pinaster. Indigenous peoples and cultures have historically used pine bark extract for conditions involving circulation insufficiency, promoting a normal response to inflammation, immunity, vision issues, and even as an approach to sore joints.

Researchers have found key phytochemical constituents — flavonoids, procyanidins, and proanthocyanidins — inherent in pine bark extract are responsible for the majority of its benefits.[2, 3]

Pine Bark Extract and How It Benefits Male Health

Here’s a quick look at some of the exciting research to date on the benefits of pine bark extract for men’s health.

A study conducted for 3 months regarding male infertility looked at a group of subfertile men who supplemented with pine bark extract daily. The researchers found that sperm morphology increased significantly — an impressive 38 percent improvement. Researchers concluded that since fertility and function responded positively, it may be a safe, effective, and less-invasive alternative to in-vitro fertilization, among other more expensive, risky therapies.[5]

A double-blind, placebo-controlled study — the gold standard of studies — was conducted to investigate how a supplement containing pine bark extract affected erectile dysfunction. The study participants were divided equally into a supplement group and a placebo group.

At the conclusion of the study, men who took the supplement saw a significant 56 percent improvement in erectile function and associated markers compared with just 21 percent improvement in the placebo group. Total testosterone levels were found to have risen 16 percent in the supplemented group compared to an inconsequential 3 percent increase in the placebo group.[6]

Researchers concluded that pine bark extract directly stimulates nitric oxide (NO) production in endothelial cells in the body which line the smooth muscle of the male reproductive organs. This, in turn, may have a very powerful effect on endothelial dysfunction, not just erectile dysfunction.[7]

Pine bark extract has been one of the superstars of natural health approaches over the centuries. As future research studies are conducted on this potent natural remedy, its promise and application will continue to expand.

Regarding male health benefits, the results definitely prompt excitement at the possibility that pine bark extract may be a beneficial addition to your supplement regimen. It is also great for general immune system health.