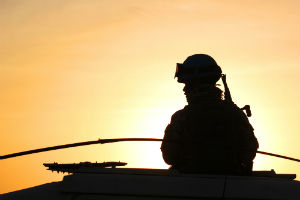 Living in the 21st century, we know pollution is a big concern. Many of us pride ourselves in making responsible choices, but we also know the world’s pollution is bigger than just the two of us. That’s why I want to talk about something we don’t really think about: how pollution and toxins are a threat to our troops.

The Effects of Pollution on Our Troops

No one needs to be exposed to dangerous chemicals, but that is likely the case with the men and women in our military. Over 600 have reported possible exposure to chemical warfare agents while in Iraq. [1] This is the figure reported since 2003. While that number may seem small, I think we can agree any exposure is terrible. At the same time, these toxins aren’t the only thing our troops (and veterans) have to worry about. As more and more veterans are returning home with unexplainable health issues, some believe the culprit could be related to U.S. military “burn pits” in Afghanistan and Iraq, and they might be right. Because there’s nowhere else to get rid of waste, most of it is burned, and our troops are often exposed to open flames and burning trash — a toxic combination. Tires, paint, car parts, medical waste — all of it gets thrown in the pit. [2]

This is not only a concern for troops overseas, or even just a military concern; some civilian families that live near military bases could also be affected. Take the case of Chad Partin who lives about a mile from Fort Gillem in Georgia. From the 40s to the 70s, it was legal to bury things like medical waste and pesticides at the former Army base. Recently, after decades of silence on the issue, the Army reported toxic vapor in many of the homes in his area. [3] While more military testing gave the all-clear, the state of Georgia did not, recognizing there were, in fact, still dangerous chemicals.

Fort McClellan in Alabama was shut down by the EPA in 1999 for much the same reason. Home to the Army’s Chemical, Biological, Radiological, and Nuclear Corps, the base was once a storage and disposal site for toxic chemicals. [4] It might not be that surprising to learn chemical waste was irresponsibly handled, meaning that, once again, our troops and veterans — not to mention, Anniston residents — were exposed to contaminated water and soil. Unfortunately, that toxic situation isn’t going away anytime soon. [5]

One of the approaches to pollution comes down to you, the individual. It may seem that one person can do so little; however, when that one person makes a change for our environment, it affects (albeit minutely) the environment on the whole. Start by reducing your consumption of processed foods, which will drastically cut down on plastic waste. Also, invest in an indoor air filter to reduce your exposure to pollutants that may enter your home. Remember, one more person making a change for the environment can mean a great deal. Think about being a drop in a bucket of water. Another drop fills the bucket, and the more people who participate, the fuller the bucket will become.