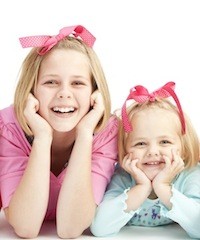 Vitamin A supplements for children could save 600,000 lives a year [1]. Current World Health Organization (WHO) estimates indicate roughly 190 million children, worldwide, under the age of five, suffer from the effects of vitamin A deficiency. These effects include increased susceptibility to potentially life-threatening infections, vision concerns, and other serious health concerns.

In a meta-analysis of more than 43 separate international medical studies, a team of British and Pakistani researchers have concluded that there already exists overwhelming evidence that vitamin A dietary supplementation could save hundreds of thousands of young lives each year. They also estimate that it could lead to significant improvements in the quality of life for as many as 20 million more [2].

Vitamin A isn't only crucial for immune system health, it also plays vital roles in the upkeep and maintenance of an assortment of bodily systems. These range from bone metabolism and skin health to copying of genetic code between cells.

After analyzing data on more than 200,000 children between the ages of 6 months and 5 years, the UK and Pakistani research teams were able to conclude that vitamin A supplementation lowered child mortality rates by 25% in middle and lower income nations.

High-potency vitamin A supplements are relatively easy to manufacture, store, and distribute. They are also a cost-effective preventative measure when compared to treating the long-term effects of vitamin A deficiency. It’s for these very reasons the medical experts behind this reassessment urge policy makers to take better proactive measures.

A number of WHO and other internationally sponsored initiatives are already in place; however, these efforts still fail to reach the majority of children who stand to benefit the most from vitamin A supplementation.

Vitamin A is naturally plentiful in a variety of foods. Livestock, poultry, and fish are especially rich sources, but more vegetarian and kid friendly options also exist. Leafy green vegetables, sweet potato, carrots and even butter are all known to be good dietary sources.

Even in cases where access to quality foods is not an issue, many young people can still benefit from vitamin A supplementation. High quality, over-the-counter options are available in health food shops, drugstores or online. These typically come packaged as capsules, tablets, or liquid. High potency, stand alone supplements are available, but often, a good multivitamin is more than sufficient to keep growing small growing bodies healthy.