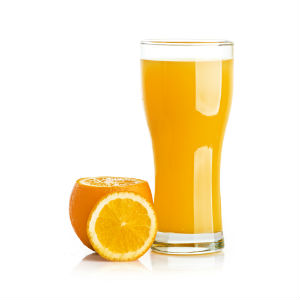 Vitamin C is often thought of as a sort of wonder supplement many of us turn to it when we start to feel sick. Whether it’s orange juice to ease a cold, or fizzy tablets as a pre-flight precaution, vitamin C is there when we need it. While it’s also no secret that children can benefit from vitamin C just as much as adults, new medical findings could mean that, for some kids, its effects are literally life changing.

A published joint study carried out by Finnish and Egyptian researchers suggests that dietary supplementation with vitamin C could noticeably help to lessen the symptoms of asthma in some children, depending on their personal history [1].

Researchers from Tanta University, in Egypt, and The University of Helsinki, in Finland, studied the effects of small, daily servings of vitamin C on a total of 60 children between the ages of seven and 10. In younger participants, ages seven to eight years, who had little to no previous exposure to molds or similar damp conditions, vitamin C supplementation seemingly increased forced expiratory air volume per one second (FEV1) – a standardized measurement used in gauging asthmatic severity – by an astounding 37 percent on average. While slightly lower than their younger peers, older participants, and those who had previously been exposed to molds and damp conditions, showed a still impressive 21 percent improvement on average during their FEV1 follow-up exams.

Based on their initial findings, the Finnish and Egyptian research teams behind the study have concluded that this suggests there is strong positive correlation between vitamin C intake and improved lung capacity in asthmatic children.

While this discovery could ultimately lead to huge improvements in overall quality of life for asthmatic kids across the world, the researchers responsible for it caution that additional investigation is still required before the connection between asthma and vitamin C is fully understood. That said, the fact that such considerable results have already been demonstrated is cause for optimism.

Unlike the majority of options for asthma and similar breathing conditions geared towards children, vitamin C is cheap, easily obtained, and requires virtually no medical expertise to use or administer. This makes vitamin C a much more realistic choice for lower income children, and those living in many parts of the developing world. Even in cases where access to pharmaceutical drugs is not an issue, using vitamin C still offers a number of noteworthy advantages. Not the least of which is virtually zero risk of adverse side effects as compared to its prescription and over-the-counter drug counterparts.