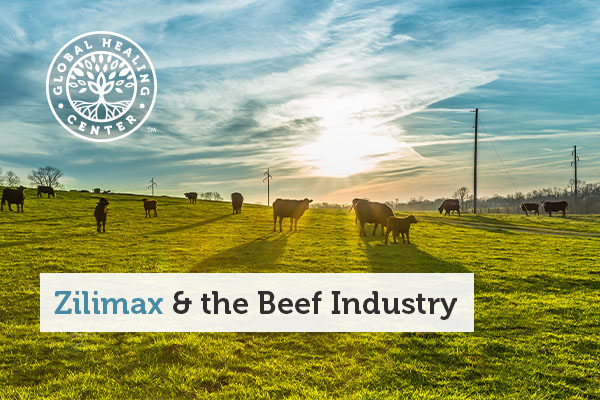 Some may say there's something romantic about beef. "Black angus cattle" conjures up thoughts of tough cattle grazing on the open pastures in the rugged farmland of America's heartland. I personally follow an organic vegan diet, but I realize many people enjoy a thick, hearty steak and consider it a taste of the literal fat of the land. The commercials depict jeans, boots, trucks, hard work, good intentions- it seems so pure.

Unfortunately, that imagery is mostly limited to the advertisements. Some argue that the industry's decisions are made mostly by bean counters and pharmaceutical drug developers who are removed from the farm and don't have to worry about getting their shoes dirty.

Zilmax is a feed supplement that contains Zilpaterol hydrochloride (ZH), a drug that makes cattle produce more muscle and less fat. Formally, the Federal Drug Administration recognizes that Zilpaterol hydrochloride "increases rate of body weight gain, improves feed efficiency, and increases carcass leanness." [1] Zilmax is added to cattle feed, usually during the last few weeks before slaughter, as a final fattening up process. Except the cattle don't get fatter, they get more muscular.

Why is Zilmax Used?

Growth drugs are being promoted as measures to save on costs while increasing production. They allow cattle to produce more meat without any extra food or water. On paper, that's very attractive. Additionally, external factors like the weather can put farming operations on high alert. A drought will cause feed and water prices to go up. Cattle farmers have hundreds or thousands of mouths to feed, literally. If there's a way to do it cheaper, it's going to be considered.

Zilmax, and other products with ZH, may produce more steak, but do they produce a better steak? A casual analysis produces doubts. Zilmax makes cattle produce more muscle and less fat, this isn't all positive. Ask anyone who eats steak, the marbling (fat) is a desired quality that provides the juicy flavor and tender texture. Without it, you may as well be eating shoe leather. Many people say that is what ZH steaks taste like, too.

Trained taste testers at the Department of Animal Science at Oklahoma State University reported that ZH steaks were less juicy and more tough than steaks without. [2] Researchers at the Department of Animal Sciences at the University of Illinois at Urbana-Champaign also described ZH steaks as less tender but suggested that aging the steaks may help that out. [3] Oh, okay then.

The industry has implemented widespread use of Zilmax and four companies (National Beef Packing, Tyson Foods, Cargill, and JBS SA) control about 85% of the meat packing industry. If you eat beef, this affects you. Does this make you more interested in organic, free-range, hormone-free meat? Or, even avoiding meat altogether and adopting a vegan diet?