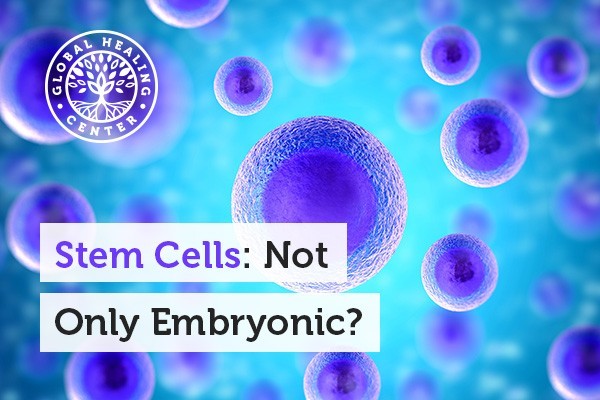 The following article was written by my good friend, Dr. Richard DeAndrea, MD, ND. As a holistic physician who advocates a progressive approach to medicine, Dr. DeAndrea is the medical advisor to the American Naturopathic Medical Association, the Physician’s Committee for Responsible Medicine, and Earth Save International. His work places him at the forefront of the exciting advances described below.

It has always been the dream of doctors to cure and reverse disease. Now, through the use of stem cells, this dream is a reality. Cellular medicine is a revolutionary paradigm shift that is exciting for many and challenging for those invested in the “big pharma” model as the cure for “dis-ease.” Healing at the cellular level is the next generation of medicine that will leave the “cure” word behind.

Stem cells are helping us move from limited, synthetic therapies that have limited use and objectionable side effects to unlimited, organic regeneration that heals. They are used today to combat leukemia, heal traumatic brain injury, fix degenerated joints and sports injuries, and even replace the role of Botox in reversing the fine lines of aging. These procedures are happening right now in the United States, and none of the cells used are from an embryo or aborted tissue.

Where Do Stem Cells Come From?

Some people are skeptical of stem cell technology because of concerns with stem cells of fetal origin. It is, however, not legal to harvest cells from aborted fetuses and it’s not necessary. Stem cells are abundant in the bodies of adults. There are, on average, up to 65 million active stem cells in your bloodstream at any given time. These are called Mesenchyme stem cells and they rebuild and replace old cells.

Since the time of the ancient Greek physician Paracelsus, it has been known that cells can replace and renew themselves. Doctors such as the Nobel-nominated Dr. Neihanz — widely considered the Godfather of stem cell therapy — led the charge in pioneering this work during the early 1930s. In 1956, human stem cells were isolated; in 1967, the first stem cell was cloned. Since then, a technology known as autologous stem cell therapy was developed to take stem cells from your blood, grow them in large numbers, and use them to heal you.

Stem Cells: The Future of Medicine

As technology progresses, your own stem cells will be used to regenerate your system. This will put an end to chronic “dis-ease” and organ failure. Researchers at the University of Edenbrough generated a kidney using stem cells in a dog. The kidney is fully functional and the dog does not need dialysis. In fact, in our children’s lifetime, procedures like dialysis will be a memory. Stem cells are the hope for a new lease on life.