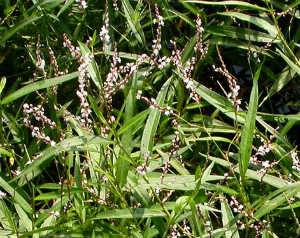 Smartweed, also known as Polygonum hydropiperoides, is a plant that grows in low, wet environments throughout North and South America. Smartweed possesses powerful nutritional properties that have been traditionally used for respiratory support, to relieve bloating, and for gastrointestinal distress. The recognized benefits of smartweed are not exclusive to herbal or traditional therapies, either. Recent studies have confirmed the numerous positives that natural healers have known about for years.

Smartweed has a history of use in Peru to combat bacterial infections. Although traditional use does not always cut the mustard when pitted against scientific testing, it seems that the argument for smartweed is with merit. In a 2010 study, researchers pitted its effectiveness (along with 140 other plant species) against e. Coli and Staphylococcus aureus. Not only did smartweed exhibit toxicity to the bacteria, it did so with one of the lowest minimum inhibitory concentrations of all the plants tested. [1] It seems a little goes a long way.

Why does smartweed have this effect? The answer is perhaps best explained by research conducted in 2010 at Loyola College in India where researchers isolated confertifolin, an active compound in smartweed, and found it to have an action against several types of harmful organisms, including Enterococus faecalis – a bacteria that can cause life-threatening infections in humans. [2]

Candida is a type of yeast that nearly every person has on their skin. Most of the time, it's a modest amount that does not cause disruptions. However, when an overgrowth of Candida happens – watch out. It seems though that smartweed can offer some protection against Candida overgrowth. Late last year, researchers at Beijing's Tsinghua University School of Medicine tested smartweed against Candida and reported that it inhibited Candida growth by more than 50%. [3]

For persons with degenerative bone and joint concerns, redness and swelling is a common concern that can cause extreme discomfort. Smartweed has a long, storied use in Asian countries for relieving this sort of irritation. In 2012, Korean scientists evaluated the plant to determine if the traditional use carried any weight. The findings were positive. Not only did they report that smartweed was able to inhibit the enzymes that produce redness and swelling, it seems that it is also a natural remedy for gastritis due to its quercetin content – a flavonoid with potent antioxidant behavior. [4]

One of the most commonly cited benefits of fruits and vegetables – and plants in general – is antioxidant content. Antioxidants are beneficial because they provide a form of defense against oxidation from free radicals. Oxidation, which you may simply think of as "aging" or "wearing out" is a constant threat that comes from toxins of all types. While oxidation cannot be stopped, it can be lessened, and antioxidants are the defense. The efficacy of antioxidants in support of neural, cardiovascular, and gastrointestinal health has been thoroughly demonstrated. As with many therapeutic plants, the antioxidant capacity of smartweed has been examined repeatedly and the findings have been positive. [5] [6] [7]