Watch my video or read the transcription below to learn about the basics, benefits, and uses of food grade hydrogen peroxide. 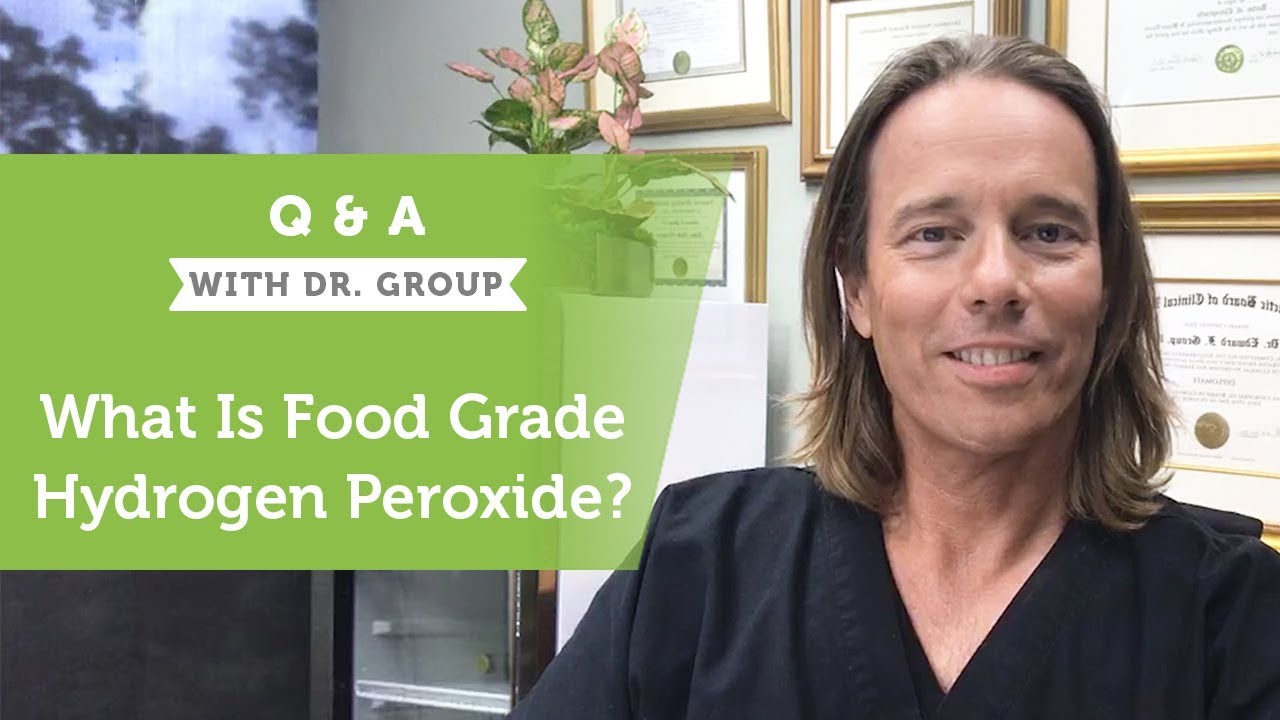 What Is Food Grade Hydrogen Peroxide?

What Is Hydrogen Peroxide?

Hydrogen peroxide is a naturally acidic compound that has two hydrogens and two oxygens. It is stable in an acidic environment, and it releases and decomposes into oxygen gas inside the body.

Three-percent hydrogen peroxide typically contains stabilizers like tetrasodium phosphate, sodium stannate, acetanilide, and phenol — none of which are good for you. Food grade hydrogen peroxide is pure and doesn’t contain stabilizers. However, it is caustic, and you still need to be careful with it.

For example, if you spill it on your fingers, it will turn your skin white, and you’ll experience what's called a “hydrogen peroxide burn.” It goes away in a few hours, but be extremely careful — especially if you have children.

Food grade hydrogen peroxide is healing, but it's also a good idea to follow up with antioxidants when using it.

Some natural health practitioners use hydrogen peroxide or ozone therapies, then wait a couple of hours and administer high doses of vitamin C — a potent antioxidant (vitamin C is just one type of supplemental antioxidant that can be used). The oxygen grabs on to the positively charged toxins and harmful organisms. Drinking purified water and taking antioxidants helps to cleanse the body.

Here in Houston, we’re constantly exposed to smog and different types of chemical residue. There’s mold, fungus, and other stuff floating around in the air — issues that are present in any big city. To help soothe the irritation those things cause, I use a hydrogen peroxide sinus rinse.

I mix six drops of 35-percent food grade hydrogen peroxide in about four ounces of water. Shake it up, and then put it in a nasal sprayer. It’s a really effective solution for flushing and soothing the sinuses.

Of course, that’s just one way to use hydrogen peroxide. Other common uses include:

How Much Food Grade Hydrogen Peroxide Should You Take?

When I take food grade hydrogen peroxide, I'll usually mix three drops with about eight ounces of water to dilute it. I'll do that two times per day, working myself up if I'm going to be doing an oxygen infusion. The next day, I'll mix six drops, and the following day I'll mix 12 drops, and so on. However, I never go above 20 to 25 drops twice per day.

Should You Mix It With Apple Cider Vinegar?