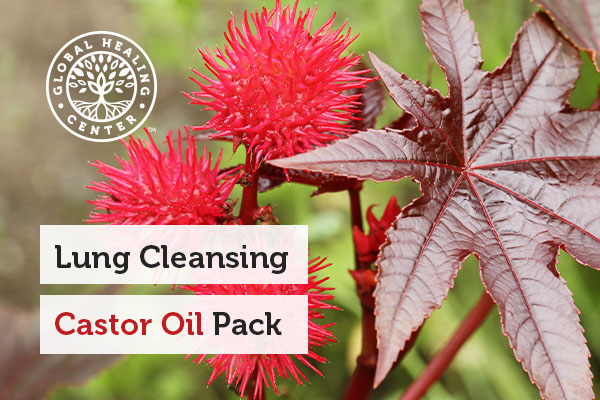 Castor Oil Packs have been used successfully over the years for lung cleansing. Castor oil has long been used as a folk remedy for a broad spectrum of ailments, including skin conditions, to liver and gallbladder cleansing. In addition to well-known applications of castor oil, Edgar Cayce strongly recommended using castor oil packs to stimulate waste elimination and lymphatic circulation.

Today, millions of people use homemade castor oil packs to help draw toxins out of the uterus, digestive system, liver, and lungs. While the packs are not expensive to make, it is essential to use only organic, cold-pressed castor oil. Using less expensive and chemically extracted oil is not the area to cut costs; using chemicals to extract castor oil will diminish the efficacy of the natural compounds contained.

By using cold-pressed oil, you can be reasonably certain it will contain the vital compounds such as phytonutrients, undecylenic acid, and especially ricinoleic acid that are beneficial to the body. Everything else you need to make your castor oil packs is likely something you already have in your home.

It is believed that this helps by breaking up and drawing out stored toxins and congestion from the lungs.