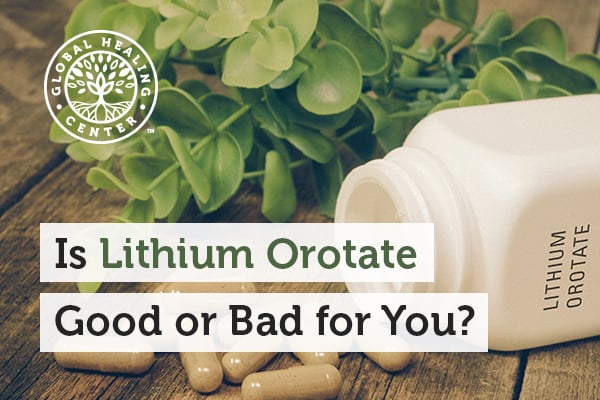 The health benefits of lithium orotate are causing an explosion in its popularity. I've been an advocate of lithium orotate for quite some time and have incorporated into some of my own formulations. A friend of mine, Dr. Mark Millar, is the leading authority on lithium orotate in the United States today. He published an eBook, Veteran Suicide Breakthrough: Revealing the Breakthrough Mineral for Suicide Prevention, PTSD and Depression 'They Definitely' Don't Want You to Know About which is loaded with facts on lithium’s effects on the both body and brain. I'd really encourage you to check out his book, it's powerful information you're not going to hear from any mainstream source. I'd like to share a few of the shocking facts contained within the pages of Dr. Millar's book but must reiterate that much of this is very controversial, disputed by the mainstream medical establishment, and should not be interpreted as claims, promises, or fodder to diagnose yourself. I am sharing this for informational purposes only! Lithium orotate is intended as a nutrient to supplement the diet. Its effects are nutritional. The statements in this article have not been evaluated by the Food and Drug Administration and this nutrient is not intended to diagnose, treat, cure or prevent any disease.

Why Is Lithium Important?

What's the Best Form of Lithium?