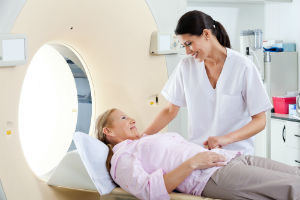 Magnetic resonance imaging is a common preventative and diagnostic method used in medicine, and at times this technology can be invaluable. Of course there are some health questions associated with the practice, in particular – what's the effect of the powerful magnetic fields? But, now, not only are the magnetic frequencies something to consider, new concerns over the drugs used to produce clearer images have surfaced as research has shown them to leave toxic residue in the brain. These findings have shown the importance of more stringent health monitoring prior to MRI application.

The Real Danger Behind MRIs

MRIs are typically safer than a CT scan, as they emit little to no radiation during the procedure. The real concern surrounding MRIs, in fact, has nothing to do with the technology at all. Patients are often given injectable drugs that improve the visibility of certain areas in the brain, which can be very useful for discovering health issues that could possibly be missed. [1] The issue is that these drugs may accumulate gadolinium – a toxic metal – in brain tissue.

The medications, known as contrasting agents, sharpens the resulting images; however, it may also be contributing to deleterious effects, many of which have yet to surface in any research. Toxic metals that build up in brain tissue are commonly associated with age-related brain declines, such as those attributed to dementia and Alzheimer’s disease. [2] Some research even shows that these drugs could be linked to kidney concerns, prompting FDA to issue a “black box” warning on the drugs.

What You Should Know about MRIs

There are currently nine gadolinium-based agents in the United States, and two of the most concerning are made by GE Healthcare and Bayer HealthCare. Omniscan is perhaps the most commonly-used contrast agents used during MRIs, as is Magnevist, Gadavist, and Dotarem. If you take into consideration the compounds we are exposed to almost every day that are already contributing to brain degeneration (i.e., aluminum), you can see why you must be constantly aware of what is being offered to you by medical professionals. Ask questions and research any drugs that you are being given, especially if you are having an MRI, and work with your doctor to find safer methods for obtaining your health goals.