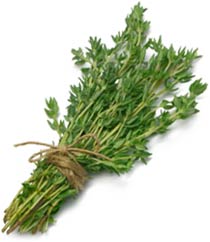 Nearly 20 thousand Americans die each year due to complications that stem from Methicillin-resistant Staphylococcus aureus, or better known as MRSA. This "super Staph" has received a lot of media coverage, and for good reason, it's scary. A regular Staph infection isn't remarkably dangerous or difficult to treat. In fact, it's perfectly normal for a healthy person to have some Staphylococcus bacteria living on their skin or inside their nasal cavity at any given time. The only time it becomes a serious issue is if it's somehow able to penetrate the skin through an opening such as a cut or a surgical incision, at which point it can require medical attention.

MRSA is not regular Staph. It doesn't respond to the normal treatment methods that work with other species of Staphylococcus bacteria, and because of this, it is much more dangerous. Because of it's increased tenacity, MRSA is much more likely to eventually work its way below the skin into parts of the body where it can cause serious damage.

Once under the surface, MRSA can quickly contaminate the bloodstream and other systems such as the urinary tract. If left untreated, it can eventually work its way into the heart, lungs and other internal organs, where it can create a life-threatening situation even in otherwise healthy individuals. The overall impact on people with weakened immune functions (such as children and the elderly) can be obviously much more severe.

Staph is a remarkably resilient bacteria. It's also able to quickly adapt to new antibiotics. In fact, less than half of today's infections respond to the commonly used antibiotic, methicillin. Hence the name "Methicillin-resistant Staphylococcus aureus." Less than 10 percent of the bacteria is believed to still be responsive to traditional penicillin-based antibiotics. These adaptations have forced many doctors to recommend much more powerful and potentially toxic antibiotic drugs to treat infections. That is, until recently...

A new study presented in the International Journal of Essential Oil Therapeutics shows how simple thyme oil could be the solution the medical world has been searching for. A research team at the University of Brighton, East Sussex tested the effects of essential thyme oil on cultivated staphylococcus with great success [1]. Their goal is to now determine its usefulness in actual patients infected with the resistant bacteria in order to develop better long-term treatment options.

The secret to the success of essential oils in treating MRSA may be the fact that no two batches of oil are exactly the same. The minor variations in plant chemistry are believed to make adaptation more difficult for bacteria. Certain other botanical oils, such as geranium, tea tree and oregano oil, are also thought to be helpful in fighting resistant Staph. Some researchers theorize that some sort of cocktail treatment may offer the best overall solution to this ongoing concern.