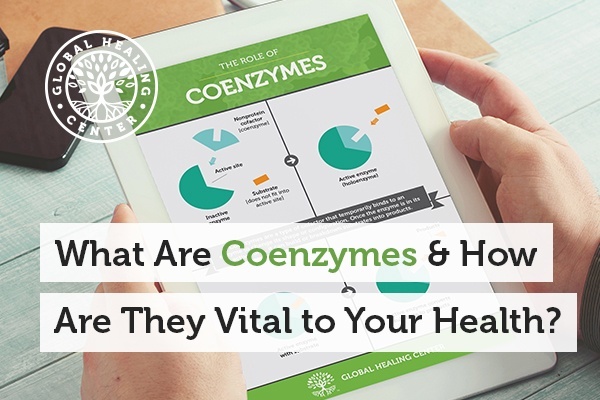 Coenzymes are required in many enzymatic and metabolic processes in your body, in plants, and in animals. Without coenzymes, inactive enzymes would be unable to convert into their active forms to catalyze reactions, such as breaking down food for energy. Coenzymes are essential for normal and specialized cellular functions and your overall health. One of the reasons vitamins are so integral to your health is because many coenzymes are synthesized using vitamins. Some of the more well-known coenzymes you may have heard of include coenzyme Q-10 (CoQ) and coenzyme A (CoA).

Coenzymes, sometimes called cosubstrates, are organic nonprotein cofactors that help enzymes drive chemical reactions in the body. Coenzymes are not enzymes — they are simply small molecules that loosely attach themselves to an inactive enzyme, called an apoenzyme. Not all enzymes require cofactors to perform their chemical reactions. 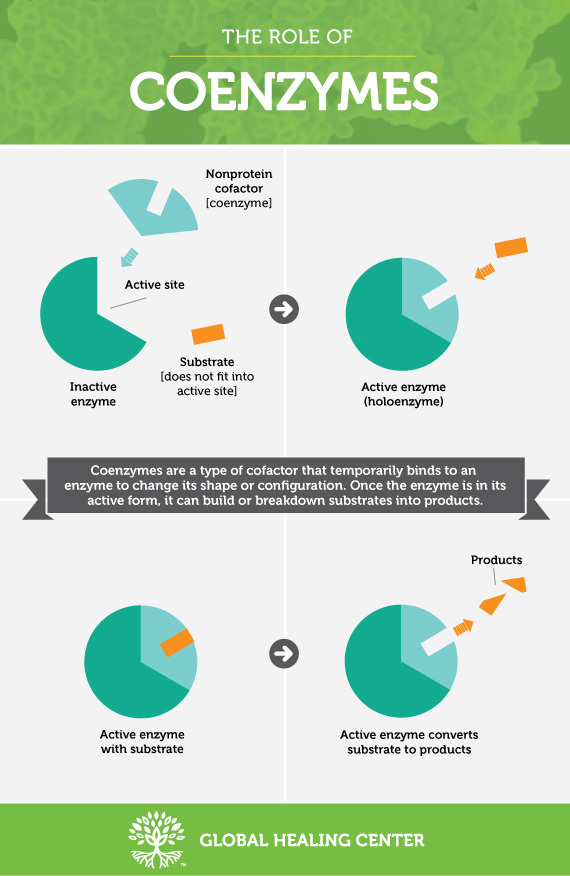 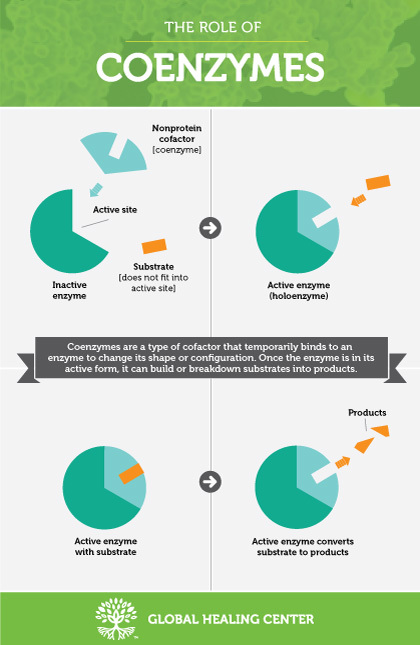 The temporary binding between coenzymes and their apoenzymes means coenzymes can easily detach themselves from the enzyme after a biochemical reaction occurs. These small organic cofactors can then take part in further enzymatic reactions.

But coenzymes do more than just help enzymes function. They can help transfer compounds between enzymes. This is often a successive process, with every enzyme reaction slightly modifying the original molecule along the enzyme pathway. Coenzymes also help attract the correct compounds and repel incorrect compounds to the active site of their enzyme. This is an important function of coenzymes because of a phenomenon called competitive inhibition.

In competitive inhibition, the wrong compound binds to an enzyme's active site, preventing the enzyme from carrying out its duty.[1] This mechanism helps control the actions of the enzyme when it's not needed.

Why Are Coenzymes Essential?

Coenzymes are largely responsible for the transfer of functional groups (active sections or arms of chemical compounds), electrons, hydrogens, and energy. Some even enhance the stability or reactivity of an enzyme's product.[2, 3]

How to Support Proper Enzymatic Function

When you're not properly nourished, your cells can't make the products or run essential processes they need to maintain your health. Many diseases and conditions can arise from nutritional deficiencies. Coenzymes function at the molecular level, but their importance resonates throughout the body. This is why coenzymes and their vitamin precursors are so important to your health. Moreover, it's essential to get the proper, active forms of these vitamins, which are found naturally in whole, plant foods. Peanuts, tree nuts, and beans are healthy vegan sources of these vital nutrients.

A notable exception is the most active form of vitamin B12. There are many inactive forms of B12, which are functionally useless to your enzymes. To ensure you get the correct cofactor form of vitamin B12, check the label for methylcobalamin. Your body uses this coenzyme to detoxify your tissues of excess homocysteine by converting it into methionine, an essential amino acid.[9] Adenosylcobalamin is another form of B12 that's vital to the metabolism of proteins and fats.[10] Because these two cobalamins are so important to vascular, brain, and metabolic health, we formulated our own Vitamin B12. This certified organic liquid contains methylcobalamin and adenosylcobalamin, but also contains hydroxocobalamin for long-lasting, sustained support with 5,000 mcg of B12 per serving.