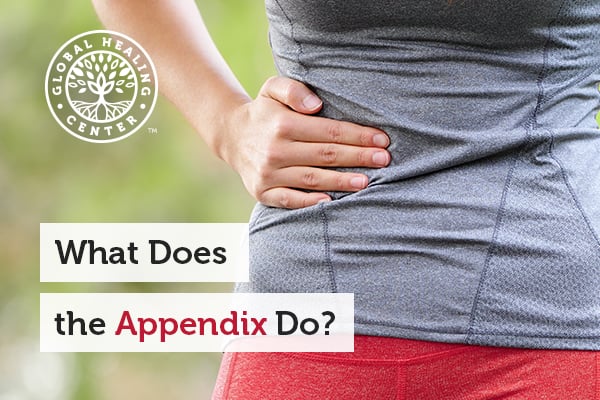 For most people, the only real experience they have with their appendix is likely a bad one – namely, that something went wrong and it had to be removed. That's generally the long and short of conversations about the appendix. No mention of what it does... so let's explore and answer the question, what exactly is the appendix and what does it do?

The appendix is a tube-shaped sac that's attached to the large intestine. It exists in humans and a small number of other mammals, including the koala and apes. In medical terms, it’s referred to as 'vermiform appendix' for its thin, worm-like shape. For years, the appendix was dismissed as a lingering souvenir of our evolutionary past. Many scientists, including Charles Darwin, believed this small pouch protruding from the large intestine was a vestigial organ that once helped humans digest tree bark. Since tree bark is no longer part of the average human's diet, it was presumed that the appendix no longer served a function. However, more recent research from the Duke University Medical Center suggests otherwise.

Surprising Functions of the Appendix

Far from being useless, the appendix may produce and protect beneficial probiotic colonies in the digestive system. According to researchers, the human digestive system is full of bacteria necessary to digest food. [1] When attack from diseases, sometimes these important kinds of bacteria are purged or killed off. In such situations, the appendix can act as a reserve for good bacteria. After the immune system beats off the disease, the bacteria emerge and re-colonize the gut.

For the past few decades, conventional medicine believed the appendix was an unimportant organ and served very little function. Emerging evidence is painting a strikingly different picture, revealing the startling physiological role the appendix plays in health. It turns out that the appendix may play a vital function in the development of the immune system. According to research, lymphoid tissue accumulates in the appendix after birth. [2] In turn, the appendix helps in the maturation of B lymphocytes and the production of antibodies. [3] What’s more, the appendix produces specific molecules that aid in the movement of lymphocytes to various locations within the body. Based on current evidence, proposals have been made to suggest the appendix serves as a “reservoir” for beneficial gut flora. When illness reduces good bacteria from the intestines, the appendix may store some of that good bacteria for back up. [4] It’s also been shown that individuals without an appendix may be four times more likely to suffer from recurrent Clostridium difficile colitis, an irritation of the large intestine by spore-forming bacteria. [5] This condition is often present when the body is running low on gut flora, potentially explaining the connection between the appendix and its role in maintaining probiotic levels. While the research is still a little bare, the conclusion is clear – the appendix is important for health. While the appendix may play a helpful role in the human body, it still carries the potential for appendicitis, a common and serious appendix-related disease where the appendix becomes inflamed and can rupture. Appendicitis doesn't always result in appendix removal but it cannot be ignored. Studies from the Centers for Disease Control and Prevention found that around 300 to 400 Americans die from appendicitis every year. [6]