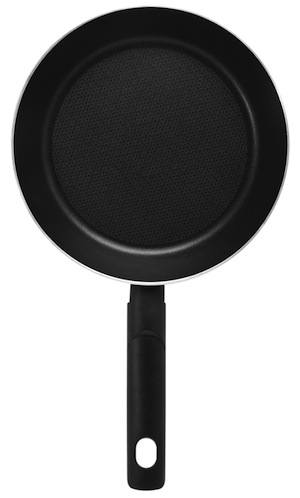 Research conducted by the University of Boston and the Harvard School of Public Health points towards the popular industrial surfactant, Perfluorooctanoic acid (PFOA), or C8, as yet another possible cause of Attention Deficit Hyperactivity Disorder in children. Analysts believe that for every 1 part per billion of PFOA found in a child’s blood serum, there is a 12 percent increase in the likelihood of that child exhibiting the classic symptoms of ADHD. [1]

What is PFOA? Why is it Used?

Perfluorooctanoic acid (PFOA) is commonly used as a finishing product in the manufacturing of a range of consumer products, including stain-resistant textiles, floor waxes and sealants, as well as non-stick cookware, and even dental floss.

There’s a good chance that if it’s slippery when it’s dry, then it’s coated with some variation of PFOA.

A Brief History of PFOA

A number of major chemical developers have created there own variation of PFOA over the years. As far back as 1947, 3M industries began producing their original version of the compound on a large distributable scale. A few years later in 1951, DuPont began integrating the PFOAs into a number of different industrial and consumer products.

A decade later federal regulators began testing the long term side effects of exposure. By that time, DuPont and 3m were already aware that measurable traces of contamination were being found in samples of consumer blood serum. Despite this knowledge and ever increasing pressure from regulatory agencies such as the United States Environmental Protection Agency, it wasn’t until the late 1990s that 3M ceased manufacturing PFOA.

In response to this, DuPont built new facilities in North Carolina shortly there after to manufacture their own version of the chemical compound, which they continue to use today.

How Can I Protect My Child from PFOA Exposure?

PFOA and similar chemicals are used in so many everyday household objects that it’s almost impossible to completely remove them from your home. Instead, focus on objects like bedding, food packaging and cookware to minimize your family’s exposure to the substance.

Avoid the temptation to use stain-resistant fabrics for your children’s clothing and bedding. Despite the obvious advantages they can have in terms of appearance, they aren’t worth putting your child’s neurological health at risk.

An even more important step you can take toward limiting your child’s exposure to PFOA (C8) is to avoid non-stick cookware. This is considered to be one of the most common sources of household contamination because of the material’s tendency to embed itself in food when overheated. Older and damaged non-stick cookware is also more likely to affect the foods you cook.

Coated plastic and cardboard food packaging is also a common source of exposure in children. Frozen foods that are marketed as being “microwave-friendly” are especially likely to contain PFOA. By purchasing fresh organic produce and small-batch processed foods, you can significantly reduce your family’s chances of exposure.

Cleanse Your Body and Environment