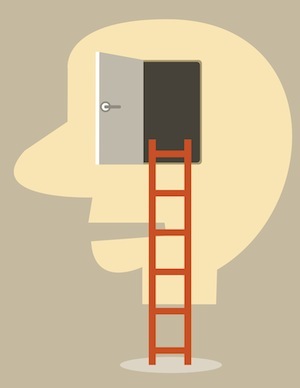 Brahmi, or Bacopa monnieri, is a therapeutic plant used in Ayurveda for many purposes. Modern research has even begun to evaluate Brahmi's role against several neurological diseases, including Alzheimer’s disease, epilepsy, and schizophrenia. Although we need to be clear that Brahmi isn't a cure or treatment for any of these health issues, supplementation with the herb has been evaluated and the results are interesting discussion nonetheless.

Galantamine and rivastigmine are two Alzheimer’s drugs that are also plant extracts. They have been the catalyst for scientific investigations into other plants that have traditional use for memory and brain support. Brahmi is just one of the many plants being evaluated for a protective role in Alzheimer’s disease. [4] Exactly why is Brahmi part of the discussion? Well, animal research has reported positive effects on cognitive function; an effect attributed to the plant's antioxidant compounds. [5] As an antioxidant, Brahmi seems to work by protecting against the neural oxidative stress associated with Alzheimer’s disease. [6] It's also believed to stimulate the brain's own chemicals that protect neural cells. [7] Although the research isn't yet conclusive, the possibility that person's suffering from Alzheimer's could potentially have a plant-based therapy is very exciting.

One of the active compounds in Brahmi, Bacoside A, has shown to combat the brain changes associated with epilepsy. [8] It also seems to protect areas of the brain responsible for serotonin uptake and helps balance of the neurotransmitter. [9] Additionally, Brahmi appears to support brain function and affect behavioral deficits in epileptic patients. [10]

None of us are getting any younger but cognitive decline doesn't have to be part of growing old. Ayurveda has promoted Brahmi for centuries to support cognitive performance during aging. Studies have shown that long-term use may combat the impacts of aging on the brain. [11] A review of six studies, all at least 12 weeks in length and involving adults who supplemented with Brahmi, reported positive effects on memory. [12] In fact, one double-blind, placebo-controlled clinical trial consisting of fifty-four participants aged 65 years and older reported that Brahmi provided a noticeable boost in cognitive performance. [13]

As far as its traditional use is concerned, Brahmi is best known to support memory. One trial looked at sixty healthy elderly subjects who received either Brahmi or placebo on a daily basis for 12 weeks. Those taking the extract showed far better cognitive effects, including memory and attention. [14]

A study from Australia examined the effect Brahmi extract had on participants’ verbal learning, memory, and delayed recall and reported positive effects with only mild side effects (nausea and mild intestinal distress). [15]

Brahmi's track record with other brain issues has prompted researchers to take a look at how it affects persons with Parkinson’s disease. This disease affects the brain’s ability to produce adequate dopamine. Some research shows that Brahmi may help balance dopamine levels and discourage neural degeneration; however, research to date has been limited. [16] [17]

Ayurvedic wisdom and conventional medicine are slowly joining forces, especially when it comes to Brahmi. It's easy to get excited and look at Brahmi like it's the next miracle substance but it's important to remember that Brahmi is nutritional support for your brain, it's not proven to cure or treat anything.