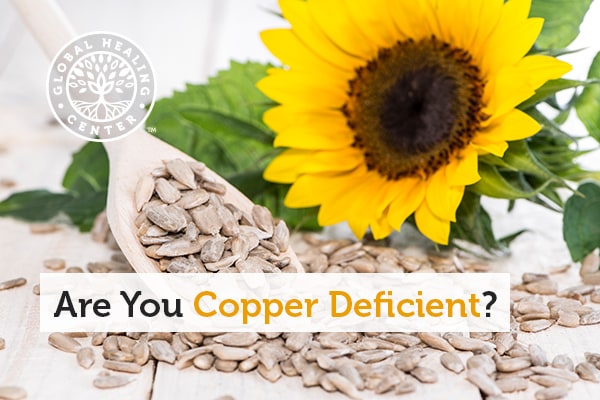 Not so long ago, the media blasted warnings about a possible link between copper and Alzheimer’s disease. Referencing a mere correlation study, these reports alluded that the population should monitor or reduce their copper intake. Some sources even suggested copper-fortified multi-vitamins should be thrown out! What the media failed to mention, however, was a report by the US Food and Nutrition Board of the National Academy of Sciences which stated only 25% of the US population gets enough copper daily. With this conflicting information, how can we know what to do?

As it turns out, it looks like we’re all copper deficient to some degree. Why is it that, considering our low copper levels, doctors and nutritionists don’t know more about this vital micronutrient? Since that answer seems shrouded in silence, here are a few things you need to know to inform you and your family:

Copper is Essential for Cellular Energy

Contrary to media reports, copper isn’t dangerous in small amounts – it’s essential. It plays an integral role in the creation of ATP (adenosine triphosphate), cellular energy necessary for every biological function. If that’s all it did, that would be enough; but, it does so much more.

Copper’s role as an electron donor elevates its status as a potent antioxidant mimicker, helping the body neutralize cell-damaging free radicals. Antioxidants are key compounds that fight the aging process and protect DNA from damage.

Copper is also involved in the formation of collagen, an important building block of connective tissue and bones. This electron transfer activity makes it an important part of a dozen known enzyme reactions, including melatonin and serotonin synthesis. [1] Without copper, the human body cannot absorb iron which is essential for red blood cell formation.

Iron accumulates like this because the human body has no natural means for removal. The only way the body loses iron is through blood loss. This means when humans ingest iron, it remains in the human body. Iron loss occurs with every menstrual cycle, which is one of the many reasons why women are at a higher risk for anemia. Copper balance, on the other hand, is regulated by the body and can be excreted as needed through normal bowel and urinary movement.

The Dangers of Too Much Iron

While iron will accumulate in the liver, heart, and endocrine system, excess iron – or iron overload – can lead to additional health concerns. Excess, unused iron oxidizes in the human body and creates free radicals. It’s as if the iron rusts the cells and organs and makes them more susceptible to common diseases. On top of that, iron increases susceptibility to viruses. [2]

The general medical response to anemia is to increase iron consumption. Iron supplements may be recommended, but may not be the best answer for some people. The body may not need iron, but rather more copper. Increasing copper intake releases iron stored in the body, making it available for red blood cell formation. Adding iron may trigger greater free radical damage.

Other Possible Signs of Copper Deficiency

Cells unable to make ATP reduce overall physical energy, creating a sense of fatigue. Hormonal imbalances may result as iron builds up in the endocrine system. This can lead to low body temperature, osteoporosis and bone fractures, an irregular heartbeat, a higher risk of coronary artery disease, low white blood cell counts, and a loss of skin pigmentation. Researchers have also reported copper deficiency causes neural and nervous system dysfunction. Copper-replacement therapy has been found to alleviate these symptoms which appear as a B12 deficiency. [3]

Here are some of the non-genetic causes, or controllable causes, of low copper levels:

The US recommended daily value remains around 1 mg per day, the National Research Council recommends 2 mg/ per day, and the World Health Organization (WHO) recommends 1.3 mg per day. The fact is the upper tolerable limit of daily copper intake is 10 mg for women and 12 for men. It may be many of the ‘causes’ of anemia and other chronic diseases (such as seemingly low iron or B12 levels) may actually be a sign of low copper levels.

3. Watch out for Denture Cream

Seniors regularly suffer from copper deficiency, according to statistics. Those who use denture creams with zinc may exacerbate the concern. One case study linked denture cream containing zinc to anemia, back pain, weakness and pain in the joints, and low white blood cell count. [4]

Vitamin and mineral deficiency often result from bariatric surgery. Digestion and absorption of copper is most commonly affected. [5]

High serum levels of copper exist when the body suffers from disease. This elevation of copper is a natural response to the stress response. Could the vilification of copper by researchers have resulted from a misunderstanding?

When faced with physical stress (infection, inflammation, or mental/emotional stress), the human body chemically responds with a fight or flight mechanism. This triggers aldosterone, a hormone that increases sodium and copper levels to stimulate a physical response while simultaneously decreasing zinc and magnesium. Copper provides antioxidant support and agitates the nerves, brain, and muscles to ensure the body has the necessary response to a perceived danger. If the body is unable to relax, the system fails to return to normal, causing more stress and increased copper levels to deal with the stress.

In this situation, copper is not the concern but the symptom. While it is necessary to stabilize the body’s mineral balance, reducing or inhibiting copper intake will directly interfere with essential processes necessary to restore balance. The answer is to eliminate the cause of the stress, thus reducing (if not eliminating) the issue.

Of course, there is one type of copper to watch out for, and that's free copper. The human body cannot make use of a free form of copper. Simply put, free copper is metallic copper in its unbound form, as opposed to dietary copper which is bound to ceruloplasmin. Free copper does cause free radical damage to cells, DNA, proteins, and lipids in the blood stream. Free copper results primarily from corroded water pipes and copper cookware. Water with a pH of 6.5 or lower increases corrosion. Running cold water to flush pipes can help reduce the amount of free copper in water, ensuring the body gets only the dietary copper it needs.

The Best Dietary Sources of Copper

So Why Does Copper Get Such a Bad Rap?

In terms of diet and health, copper has been either ignored or targeted as dangerous by the mainstream. What’s interesting is that while copper has been ignored, health agencies continue to push for an increase in iron consumption. Foods are fortified with iron, GMOs are designed to provide iron and increase iron levels, and no one knows how iron in the body responds to increased EMF fields created by WiFi, cell phones, and other wireless devices.

If over-consumption of iron is known to weaken the body, aid the spread of viruses, and speed aging, why encourage greater daily dietary intake? With many GMOs aimed for impoverished areas of the world, the question is, are they really helping?

Copper plays a much larger role in human health no matter how we look at it. In addition to its metabolic and antioxidant effects, it may neutralize iron’s damaging effects. Yet, despite these incredible healing properties, the silence remains.