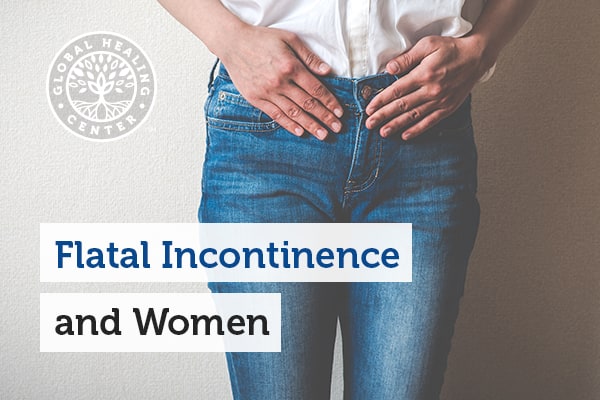 Uncontrollable gas (flatus or flatulent gases) is known as flatal incontinence. This condition is defined as involuntary flatulence at least once or more per week. The big concern: it can happen anywhere. Involuntarily ‘breaking wind’ while at the store, restaurant or at the office creates embarrassing situations. It can erode self-confidence. It can negatively impact one’s relationships. Worse yet, the feeling of being powerless to control oneself can stress and isolate an individual. Unfortunately, it's a concern that afflicts women around the world.

Studies have found that nearly 1 in 3 women who deliver vaginally report experiencing uncontrollable gas. For some women, the concern occurs for only a short time. For others, the concern becomes chronic. [1]

Researchers have sought to identify why this affects some women, but not others, particularly after pregnancy and delivery. One study linked the use of instruments, such as forceps or vacuum delivery, to an increased risk of trauma to the perineal muscles, resulting in flatal incontinence. [2]

The use of instruments during delivery doesn’t alone explain the concern. It has been noted that women who have multiple natural births report a higher incidence of flatal incontinence. While this might suggest a C-section might offer a way to prevent this concern, researchers have found C-sections did not offer protection against flatal incontinence. [3]

Maybe Childbirth is Not the Cause…

Of course that leads to the question…

What Other Factors Contribute to Flatal Incontinence

Age appears a contributing factor to the concern of controlling gas. As the Korean study shows, the concern exists globally. Researchers from several countries report that about 1 in 3 women ages 30 and older suffer from the involuntary release of gas. [5] [6]

Research supports this idea. One study of women ages 18-50 reported stress significantly increased the chance of an involuntary release of flatus. [8] While childbirth has long been associated as a cause, this continued research demonstrates that the concern of flatal incontinence extends beyond birthing as a simple explanation.