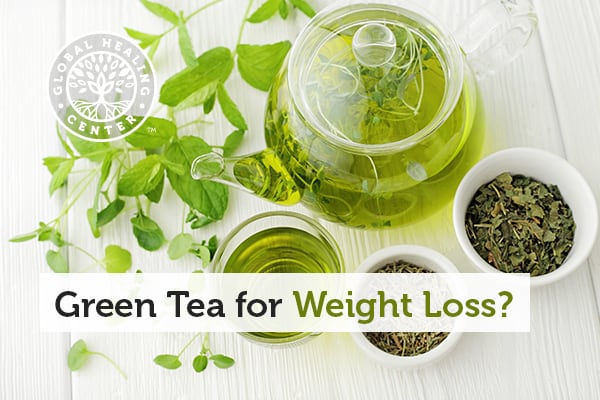 A growing body of evidence supports the effectiveness of green tea for weight loss. The key ingredient in green tea that purported to help the body lose weight is a compound known as EGCG. Research shows that it helps increase metabolism, stimulate the oxidation of fat, and helps the body increase fat excretion.

Recent studies have paid particularly close attention to EGCG in a number of ways. It has been shown to simultaneously increase metabolism and stimulate fat oxidation. Evidence suggests that it can also help the body increase fat excretion through waste matter. Studies also point to the very strong possibility that taking green tea for weight loss can even help the body inhibit the development of fat cells.

Research conducted on mice that experience similar weight gain to that of humans were conducted using EGCG as a dietary supplement. The study revealed that abdominal weight gain which typically results from decreased blood glucose levels and increased fecal lipids was subsequently reduced in the test group which received the EGCG supplement. These animals also were shown to have an improved insulin response and a decrease in fatty liver incidence.

A similar study was conducted on an elderly group of humans with metabolic syndrome at the Pontifical Catholic University of Rio Grande do Sul. The test group was asked to drink 3 cups of green tea per day for 2 months without making changes to their diets. A noticeable decrease in waste measurements was documented at the end of the experiment, leading researchers to endorse the effectiveness of green tea for weight loss.

How Does Green Tea Work?

Green tea contains natural antioxidants, known as catechins, which help the body burn fat when consumed over a period of time. Some research suggests that they help the liver break down complex materials, which in turn leads to the oxidation of fat.

This does not mean you drink a pot or more of green tea a day. According to Dr. Mercola, green tea for weight loss is most effective when consumed during the first two hours after a meal. Evidence shows that a total serving of 300 mg EGCG will boost the oxidation of fat by 33 percent. However, it is possible to reach a point of diminished returns as a higher serving only boosts oxidation of fat by 20 percent.