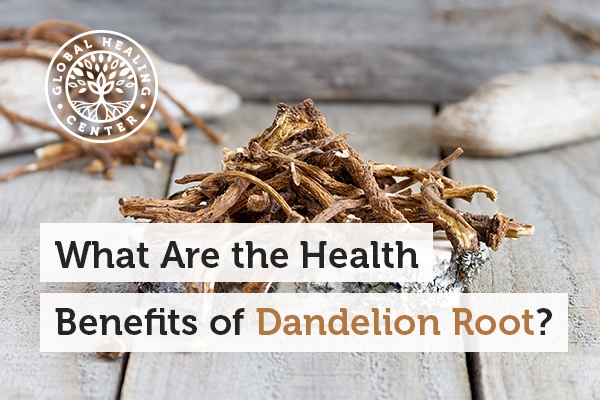 You may consider dandelion as a type of weed, but its root has a long history of therapeutic use. Dandelion has been used since ancient times for its healthful properties and support for liver complaints.[1] In Korean herbal medicine dandelion has been used to improve energy levels and health.[2] It is generally accepted by many people in Mexico, and elsewhere in the world, that natural plants have beneficial effects. Indeed, research has shown that compounds in plants have pharmacokinetic effects.[3] Dandelion, long speculated to have antioxidant activity and hepatoprotective properties, is one such plant.

Dandelion contains chemicals whose biological activities are actively being explored for roles in human health. In particular, evidence suggests that dandelion contains antioxidant and redness-resistant compounds.[4, 5]

Effect of Dandelion Root on the Digestive System and Gallbladder

The Institute of Agricultural Medicine in Poland tested therapeutic herbs for kynurenic acid, an amino acid that has generated interest for digestive system support, specifically bile production. The highest concentration of this compound was detected in dandelion.[7] Because dandelion helps to stimulate bile production and bile transport toxins out of the body, dandelion root may support your body's natural immune response. A study devised to compare the activity of artichoke, dandelion, turmeric, and rosemary found their antioxidant activity to support the rationale the traditional inclusion of these ingredients in gallbladder applications.[8]

Relation to the Liver

Dandelion root can be found alone or combined with other herbs or supplements in liquid extracts, teas, tablets, and capsules. If you are looking into incorporating dandelion to your diet, I recommend Liver Health, my superior blend of organic herbs that help detoxify and support the normal function of the liver and gallbladder.

We have received great feedback! Have you tried a dandelion supplement before? Please tell us about your experience below.