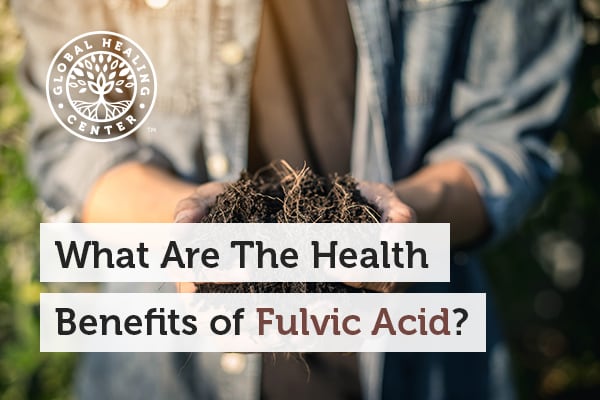 The natural world is one big recycling bin. When plants and animals die, microscopic organisms help the matter decompose and, in the process, produce many beneficial byproducts. When this happens in nature, these byproducts are just absorbed back into the soil and, due to their organic composition, end up providing the high energy properties normally associated with healthy soil. One of the most beneficial of these byproducts is fulvic acid.

The Positive Energy of Fulvic Acid

Fulvic acid is beneficial in part because as plants and other living things absorb high levels of fulvic acid, their biochemical reactions are sped up and become more efficient. Enzyme activity increases and cell membranes become more permeable. [1] Water is able to enter cells at an above-normal rate. This is beneficial for both plants and animals by promoting balanced hydration and allowing the body to pass unwanted toxic substances. [2]

Ingestion of fulvic acid is known to increase the ability of a cell to release toxic metals. Australia’s Ecotoxicology Program found that when fish swam in water with fulvic acid, their aluminum toxicity levels were up to six times lower than otherwise. [3]

Responsible dietary habits and proper nutritional supplementation are measures generally believed to support good brain health. According to the University of Chile’s International Center for Biomedicine, fulvic acid has properties that may help protect against cognitive impairment. [4]

An amazing example of this is a substance called Shilajit. Shilajit is found in the Himalayan Mountains and produced by the gradual decomposition of certain plants. Shilajit is composed mainly fulvic acid and has been identified as a compound that supports healthy brain function. [5] [6]

Fulvic acid occurs naturally in humus, composting plant material used by nature as a way to retain moisture for the soil. For this reason, it is often called humic acid. Foods don't provide a significant source of fulvic acid, making it an important supplement you may want to include in your daily routine. Some supplements, like Global Healing's Ultimate Probiotic, include fulvic acid in an effort to help individuals receive enough through their diet.