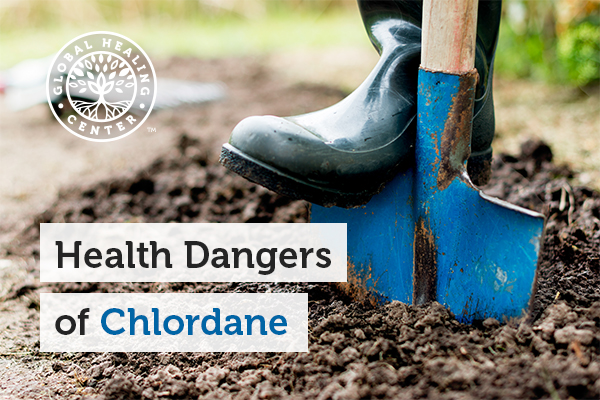 Chlordane is a man made chemical and popular pesticide that was offered in the United States from 1948-1988. Due to concerns about environmental damage and human health risks, the U.S. Environmental Protection Agency banned the use of chlordane in 1983, except for controlling termites. It was banned for that use, and all uses, in 1988 but still its effect is felt across the world and in the United States.

How am I Exposed to Chlordane?

Chlordane has been banned for over 20 years so the risk of exposure is gone too, right? Wrong. Chlordane is considered a persistent organic pollutant and the key word is “persistent.” Like plastic, it doesn’t occur naturally nor does it decompose quickly; like an unwanted house guest, it just lingers. Chlordane is unlikely to enter groundwater but only because it fiercely adheres to and pollutes soil particles. If you’ve been to homes that were treated for termites any time before 1988, there’s a good chance chlordane was used. If you were alive when chlordane use was at its peak, you were probably exposed then too.

Persistent organic pollutants, especially chlordane, have affected and polluted nearly the entire world. The University of Hong Kong Department of Community Medicine reports that remnants of persistent organic pollutants have been found in human breast milk in the region. [1] The Chinese Academy of Sciences has warned that the amount of POP’s in China’s water supplies may pose health risks to humans. [2] That might be something to think about before purchasing herbs and supplements produced overseas.

In the Pacific Northwest, salmon migrate through rivers to spawn. This is a natural cycle that has been going on for longer than any of us have been around. Unfortunately, this migration process can transport chemicals. The University of Saskatchewan reports that when fish are contaminated with persistent organic pollutants and die, which they all do, their decomposing bodies release the stored chemicals and further contaminate the environment. [5]

In equally depressing news, researchers at the University of Hawaii have discovered concentrations of POP’s, including chlordane, in the blubber of the endangered Hawaiian seal monk. [6]

It’s very sad that America’s heartland, national parks, and wildlife have been reduced to receptacles for toxic waste.

Chlordane can affect the digestive and nervous system, it’s also toxic to the liver. High exposure can cause convulsions and death. Low exposure may cause headaches, confusion, vomiting, stomach cramps, vision concerns, and general malaise. Based on information from the 1999-2004 National Health and Nutrition Examination Survey, the Department of Family Medicine at the Medical University of South Carolina reported that exposure to chlordane has been linked to an increase in the development of diabetes. [7] Additionally, exposure to herbicides and insecticides is especially harmful to the thyroid; chlordane is one of the most toxic chemicals in this regard. [8]

Because of its persistent pollutant status, we’re still paying the price for the bygone era when chlordane was celebrated and literally dumped all over the country. Many Americans have low levels of chlordane in their body fat, which could remain for a long time. Tests can determine if you have chlordane in your body (or in the soil around your home) but cannot tell when the exposure occurred and what health effects may result. Regardless, there are steps you can take to minimize your exposure.

The UC Davis Department of Public Health Sciences recommends dietary strategies to reduce exposure to toxic compounds such as chlordane. Specifically, consuming organically produced dairy, fruits, and vegetables and avoiding animal products and processed carbohydrates. [9] Washing or heating your food may not be enough. For example, Japan’s Fukushima Analytical Center discovered up to 10% of chlordane compounds can remain after roasting pesticide-exposed coffee beans. [10]

Be cautious when digging near the foundation of homes that may have been treated for termites prior to 1988. Additionally, be wary about letting children play in potentially affected soil.