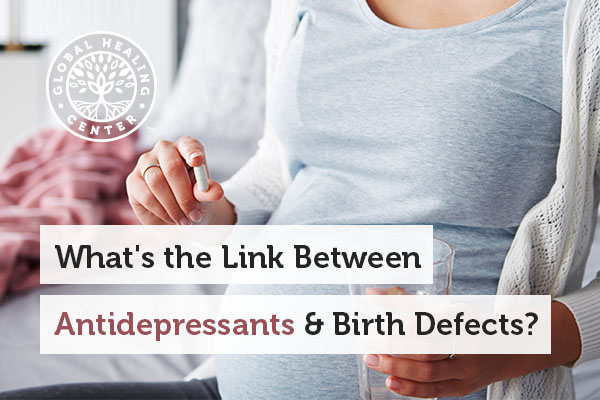 The rate of mental disorder diagnoses has grown exponentially in recent years, as has antidepressant use. People of all ages are being prescribed mind-altering drugs to battle depression, despite evidence suggesting they do more harm than good and sometimes don't work at all. [1] [2] The massive use has also contributed to antidepressants being found in the public water supply. You could be one of the millions of people who are ingesting these chemical drugs and don't even know it. Now, new evidence is even linking antidepressants to birth defects.

The Centers for Disease Control (CDC) examined birth defects among babies born between 1997 and 2009. Of the 38,000 women who gave birth, there was a high incidence of birth defects from the mothers taking fluoxetine (Prozac) and paroxetine (Paxil). [3] Now this study doesn’t necessarily prove that antidepressants cause defects (correlation doesn’t equal causation), but it does point us in a new direction in the terms of health monitoring.

Women taking antidepressants who are pregnant or considering getting pregnant should really weigh all options. Antidepressants aren’t uniform, so they don’t have the same effect for each and every person. There are alternative ways of supporting mental health that don't involve these powerful mind meds.

Antidepressants don't get to the root cause, they just mask the concern. Ultimately, if you want sustained improvement, you need to get at what's causing the issue. Sometimes the concern is physical and an imbalanced mood is how it manifests. Thyroid disorders and even digestive disorders, like IBS, will often seem like depression, and many people are incorrectly diagnosed with depression and given an antidepressant prescription. [4] The "food mood" connection is also significant, as is the connection between gut flora and mental health. Eating a healthy organic diet can help support mood, as can foods that are high in probiotics, or a good probiotic supplement.