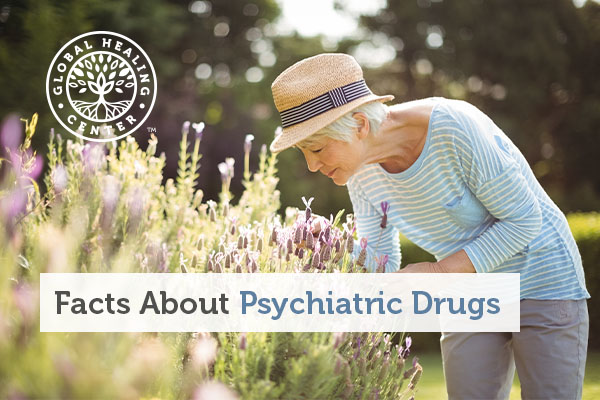 Every day, doctors and psychiatrists dole out behavior-modifying medicines for a variety of psychiatric disorders. The disorders range from depression and ADHD (attention deficit hyperactive disorder) to bipolar and anxiety disorders. The sordid story behind how these medications work, how they come to market, and how they interfere with the lives of users is a complicated web. However, the next 12 facts will highlight the devastating story behind psychiatric drugs and how they affect millions of people in the United States alone.

The Dangers of Psychiatric Drugs

1. No Physical Test Can Prove the Existence of a "Mental Disorder"

No blood, urine, or chemical imbalance exam can test for the presence of a mental disease or illness. Even x-rays or brain scans can’t show the presence of a "mental disorder." [[1]] This leads many to believe that healthy patients have a great possibility of being diagnosed with supposed "disorders" even if they are only displaying minor symptoms. Many of these symptoms include stress and difficulty concentrating – issues that can often be chalked up as a natural response to everyday stress.

2. The Psychiatric Industry is a $330 Billion Industry

That's a huge number and many forces are at work to preserve and grow it. While most physicians are not mercenary in their approach to prescribing medications, there is an argument to be made for the possibility of a conflict of interest when it comes to the rise of psychiatric prescriptions. [[2]]

That seems like an astoundingly high number. What's going on that so many among us feel the need to be medicated? [[3]]

The most shocking part of this statistic is that it exists despite the use of antidepressants. [[4]] These suicides are often due to post-traumatic stress disorder coupled with the inability to cope with civilian life. [[5]] So far, the solution has just been more psychiatric drugs.

To say that this is a dangerous epidemic is an understatement. Regulatory agencies in Europe, Australia, and the United States have issued warnings about the potential for anti-depressants to cause suicide or hostility and rage. [6]

6. 10 Million of These Kids are in the United States

That means the United States has 30% more children than the rest of the world on addictive stimulants, antidepressants, and other mind-altering drugs. [7] That's not a number one position to be proud of.

7. FDA Warnings Have Been Issued for Ritalin and Concerta

And they aren't alone, and other psychiatric stimulants have had similar warnings issued for their effects on children. [8] What's the concern? Well, for starters, these drugs may cause psychotic behavior, heart attack, stroke and sudden death. If that's not enough, add suicidal thoughts and inclinations toward violent behavior to the list.

8. Antidepressants Come With a Warning Label

In 2004, the FDA finally ordered a "black box" label on all antidepressants to warn of psychiatric drugs’ increasing suicide risk in children and adolescents. Being an adult, however, doesn't guarantee safety. In 2006, the FDA increased the age to include young adults up to the age of 25. [9]

9. Children Five and Under Are the Fastest Growing Group Being Prescribed Antidepressants

Think of all the kids under five you know – they're the target for these drugs. [10] Now picture this, from 1995-1999, antidepressant use increased 580% in ages 6 years and younger. It grew 151% in the 7-12 age group during the same time period. [11] Without action, it's only going to go up from there. Do you think children should take these drugs? Watch this video and decide for yourself...

That's according to a U.S. news report. [12] No surprise, these drugs have a tendency to be highly addictive. [13] Unfortunately, because kids are prescribed these drugs en masse, availability isn't much of an issue and they don't need to head over to skid row to pick this stuff up.

No offense to family practice physicians, but should they be the ones prescribing the majority of these mind medicines? [14] Pragmatically, this statistic literally means that a majority of these drugs get used without a psychiatric evaluation to determine if they're necessary, appropriate, or safe.

12. Some Reports Show Antidepressants are No Better than Placebo

While published reports do show 94% effectiveness, taking a look at the total reports submitted to the FDA, only 50% reported positive outcomes. That being said, around 50% of patients would be better off taking a placebo. In addition, 31% of the 74 FDA-registered studies have never been published. [15] Sound like a complicated number soup yet? It is, a 2009 analysis showed traditional pharmaceutical drugs yield inconsistent results. [16]

While not everyone will succumb to the negative effects of psychiatric drugs, the risk of negative side effects cannot be ignored and should absolutely be thoroughly discussed and understood. In some cases, natural remedies for mood support may be a viable option. If you want to learn more about this insanity? You have to watch this video...

The Marketing of Madness: The Truth About Psychotropic Drugs