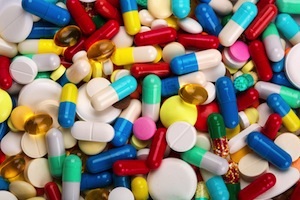 "I woke up around 2:30 am and realized he should have been home an hour ago. I called his cell phone and it went straight to voicemail. I kept calling and leaving messages for him to answer the phone. I fell asleep and woke up around 6:00 am. He wasn't home. I got ready for work but couldn't function. I told my boss I had to go home. I got home and the phone was ringing."

The man on the other end said, "I'm looking for the family of Matthew Steubing."

He said, "I'm calling about the jumping."

The Nightmare of Psychiatric Drugs

Psychiatric drugs are serious business, they have repeatedly been linked to horrible side effects and over 42,000 deaths every year. Unfortunately, psychiatric drugs are also big business. Millions of Americans take them every day and many of them are children. The monsters within the psychiatric and prescription drug industries have sold the American public a box of rocks with fraudulent claims of "chemical imbalances in the brain" that can only be "fixed" with deadly, synthetic mind-altering drugs.

Countless families have been ruined because of lies told by the psychiatric industry. Thousands of lives have been lost because of the "medicines" that were prescribed with ignorance. How many more kids need to die before we all wake up and say enough is enough? When will we no longer accept the bogus accusations that human emotions are indicative of an "imbalance" that needs correction with dangerous mind medicines?

Tests exist to determine physical illness. If a person has cancer, diabetes, or any other disease, a blood test can substantiate the diagnosis. However, ADHD is simply written off as a "chemical imbalance" for which no test exists. Which chemicals? Where? Why can't it be tested for? Why do we allow for psychiatrists to prescribe dangerous mental medications for children after a brief, 15-minute "consultation" when psychiatrists themselves have this to say about the process:

"It can be difficult to pick a diagnosis."

"Diagnoses are sometimes kind of muddy."

"It's hard, we're wrong about half the time."

Educate Yourself! You Cannot Rely on Psychiatrists or the Pharmaceutical Industry!

The makers of the award-winning documentaries Making a Killing: The Untold Story of Psychotropic Drugging and The Marketing of Madness: Are We All Insane? have released a new documentary that tells personal stories of loss that have resulted from psychiatric drugs. When you hear what these eight mothers, their families and health experts say, you will be convinced of how wrong psychiatrists are. Visit the Citizen's Commission on Human Rights website and watch the documentary for free right here:

Spread the word, share this video with everyone you know. The insanity of handing out mind-medicine like it's Halloween candy must end immediately. The drugging of children is both a maddening and heart breaking issue that's actively destroying lives, right now.