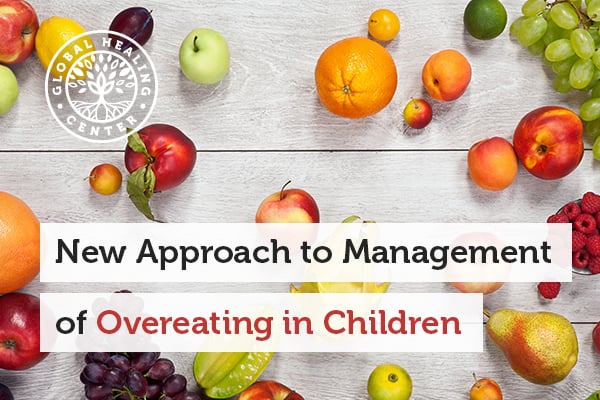 Obesity has been called a plague of the modern Western World. Each year in the United States alone, obesity is directly or indirectly responsible for billions of dollars of preventable medical treatment, and billions more are lost due to its negative impact on workplace output [1].

Lugging around too much body fat not only stresses the bones, muscles, and vital organs, it actually changes the way people think about hunger and the foods they eat.

This psychological influence can have a huge effect on individual behavior, and many researchers believe that it poses the single biggest hurdle for most people who struggle with losing weight.

Studies have repeatedly shown that many of the poor dietary habits that eventually lead to obesity are formed during childhood. In an effort to help reverse this “bad programming,” researchers at the University of California, San Diego’s School of Medicine, recently carried out a short-term intervention study targeting obese kids and their parents [2].

A total of 36 clinically obese youths, between the ages eight and 12, were recruited to take part in the investigation. Each had also been previously identified has having issues with overeating, and were not suffering from any other sort of medical condition, such as thyroid irregularity, which could have lead to excess weight gain.

The participants and their families were divided into two separate intervention groups. Both groups underwent an eight week-long training program, which was designed to either increase healthy appetite awareness, or desensitize participants to negative environmental cues that trigger overeating.

Members of the appetite awareness group were asked to bring their own dinner into a university facility, where they then worked with researchers on better identifying the signs of both true hunger, as well as those of being full.

Families in the cue exposure intervention group were asked to bring in their favorite and most highly craved foods, and then asked to handle, smell, and even take very small tastes of the foods without actually eating them. After each session, participants were asked to throw any leftover food away.

While the UC San Diego researchers behind this study caution that it is only a preliminary investigation, their initial result are still very encouraging. Members of both groups showed some noticeable degree of improvement, and in follow-up surveys issued immediately afterwards, the majority also said that they either “loved” or “liked” the program, and felt like they had gained more control over their appetites. Unfortunately, the long-term influence the program had on members of the appetite awareness group appear to have been short lived — with most participants returning to their normal routines after about six months. Members of the cue exposure group, on the other hand, still showed signs of modified behavior. So maybe there’s still something to a little tough love. Even if it isn’t the most pleasant approach on the table.