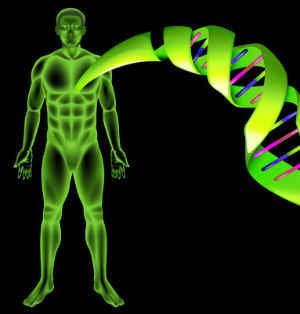 Telomeres are the caps at the end of human DNA strands known as chromosomes that protect the DNA code of the genome. As humans age, telomeres begin to decrease in size, causing cellular aging. After telomeres reach a certain length, the cell is no longer able to divide and will die. This process has been associated with disease, aging, and death. Antioxidants are often credited as providing nutritional support that can help protect normal telomere size and function.

Telomere Extension: Is It Possible?

Studies have shown that a healthy lifestyle and stress reduction can have a huge impact on telomeres, causing them to grow longer, potentially even lengthening lifespan. Researchers at Stanford University School of Medicine have recently uncovered a new procedure for quickly increasing the length of telomeres in the laboratory. [1]

Scientists discovered that cells treated with this type of procedure acted as though they were much younger than untreated cells. Cells that had their telomeres lengthened by the treatment multiplied up to 40 times more quickly than untreated cells. By increasing the number of times cells are able to divide, the procedure essentially turns back the aging clock in cultured cells.

While the procedure causes telomeres to lengthen initially, the effect is only temporary. After 48 hours, telomeres resume shortening regularly as cells divide. The temporary nature of this new technique is key to the procedure’s potential for success, since infinitely dividing cells could create a risk of cancer if used in humans.

The discovery offers numerous potential benefits for humans, paving the path to treating and preventing aging diseases and other conditions associated with shortening telomeres. By developing telomere extension therapies, scientists can improve existing cell therapies and possibly treat aging conditions, such as heart disease and diabetes, or target types of muscle cells in cases of muscular dystrophy. The procedure may also increase the amount of cells available for research and studies like disease modeling and drug testing.

Ways You Can Protect Telomeres

Currently, researchers are testing the procedure on different cell types. By working to understand and overcome the differences among cell types, scientists hope they can make the procedure more universally useful. Things that you can do to protect telomeres from shortening prematurely include eating a diet rich in antioxidants, reducing stress, exercising, increasing vitamin D production, and improving the quality of your sleep. Some research has also shown that tea drinkers have longer telomeres than non-tea drinkers. [2]