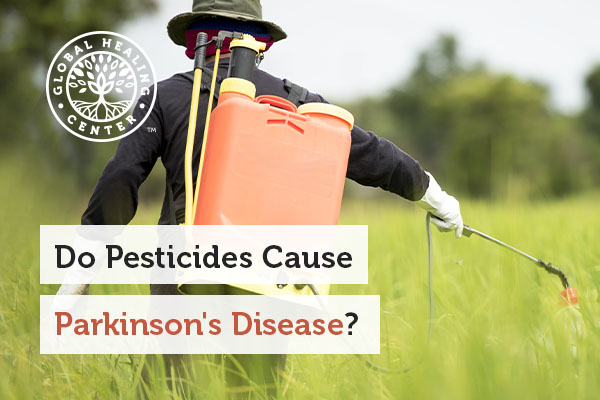 Parkinson’s disease (PD) is a movement disorder that generally impairs speech and motor skills and is characterized by tremors and muscular rigidity. There is still a lot to learn about the symptoms and effects of Parkinson's disease, but recently, a new study concluded with interesting results.

How Is Parkinson’s Disease Contracted?

There are many forms of Parkinson’s disease that appear to be idiopathic, meaning doctors aren’t sure of the causes. Some cases are linked to drug toxicity, medical disorders, or head trauma. The latest observation that medical scientists are exploring is a possible link between pesticides and Parkinson’s Disease.

According to new research [1] into the causes of Parkinson’s Disease, two specific insecticide classes were cited as significantly associated: organochlorines and organophosphorus compounds. While the research isn’t exhaustive or definitive, the results compiled thus far are enough to warrant closer examination by the medical community.

Did Anyone Know that These Chemicals Posed a Health Risk?

The answer is yes. It’s not news that pesticides are harmful. The Codex Alimentarius Commission (CAC) was set up by the World Health Organization to create international safety guidelines for food. They researched the threat, dismissed the evidence of dangers presented to them, and approved seven dangerous toxic chemical compounds, including organochlorines in pesticides.

The Price We Pay for Scientific Advancement?

I have provided a wealth of health-related information explaining even more about the dangers of pesticides and other chemicals that we’re exposed to regularly, with the sanction of the government.

With this new link to Parkinson’s disease, perhaps more attention will be paid to the poisons known as pesticides, insecticides and herbicides. Scientists will have to seriously rethink their ideas about the excessive use of chemicals in lieu of non-toxic crop rotation practices, and other such safe practices.