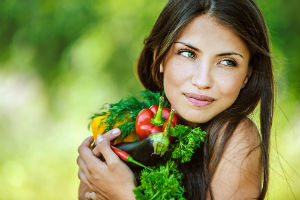 I overheard a conversation the other day between one of our customer service reps and a customer who had some questions about improving their diet. During the chat, the benefits of adopting vegan dietary habits were mentioned. With that came an explanation of what it means to be vegan. I observe a raw vegan diet myself and can attest to the positive benefits I experience with my own health and feel this is information that deserves to be repeated.

What is a Vegan?

A vegan is someone who follows a diet that avoids all meat, fish, poultry, and dairy products. It might be described as being similar to vegetarianism but vegans will also avoid consuming food where animal derivatives are used during the production process. Such products include refined sugar, certain wines, and even honey. It's common for this sentiment to extend to other areas of life and vegans often avoid wearing clothing made from animal skins or fur. Many also avoid products that are tested on or derived from animals.

What do Vegans Eat?

Vegan diets consist of a wide range of fruits, grains, vegetables, juices, water, and various forms of milk, such as hemp, almond, or coconut, that are derived from vegetable sources. While it is not mandated by vegan principles, most vegans typically consume organic foods or foods that are certified all-natural and pesticide free. In recent years, the popularity of vegan dietary habits has led to the development of many popular food products that are made with animal derivative substitutes. You can now purchase vegan-friendly variations of hot dogs, ice cream, cheese, and mayonnaise.

The health benefits from adopting (raw) vegan-eating habits are innumerable. There's a growing amount of evidence to suggest adopting a vegan diet will reduce the risk of many degenerative diseases, and it really shouldn't come as a surprise. Vegan diets are high in vitamins, fiber, and nutrients... and low in saturated fat, cholesterol, and other toxins. Meat, poultry, dairy, and alcohol are linked to a broad spectrum of health concerns and simply avoiding them is the best way to avoid the risks associated with eating that stuff. However, for some, veganism is just as much an ideology as it is a type of diet and there are reasons beyond dietary health benefits why an individual may want to adhere to vegan principles.

Some vegans believe that all life is sacred and that just as human beings are to be taken into consideration, so are animals. Some religious traditions teach reincarnation and practitioners believe human souls can be reborn as an animal. Consequently, eating the flesh of an animal, or using an animal for medical testing or commercial product testing is considered barbarous, cruel, and morally analogous to cannibalism. Likewise, keeping animals in captivity for the purposes of extracting something from their bodies is equivalent to slavery.

Some vegans aren't interested in religion at all but are simply acutely sensitive and do not feel comfortable with the killing, mistreatment, or commercial exploitation of animals. Many extend these personal feelings toward animals into a broader circle that governs how they live their life. For example, in addition to not eating meat, they also avoid leather products.

Many vegans object to agribusiness in general and feel that boycotting products produced by animal farming will slow down the impact that commercially motivated farming and ranching has on the natural environment. It's viewed as a sociological duty to make personal lifestyle changes that will send a strong message to their surrounding community that a more earth-conscious, sustainable, and fundamentally GREEN lifestyle is essential to the future survival of the human race.

Exploring the Benefits of a Vegan Diet

Regardless of your spiritual, political, or environmental perspectives, it really is worth your while to consider adopting vegan food habits in your own life. Stay tuned to my blog because I'm going to be posting a series of articles in the coming days and weeks exploring the nutritional and health benefits of a vegan diet, information about the best vegan supplements, the nutritional considerations you need to know, and tips for you to implement vegan dietary habits in your life.