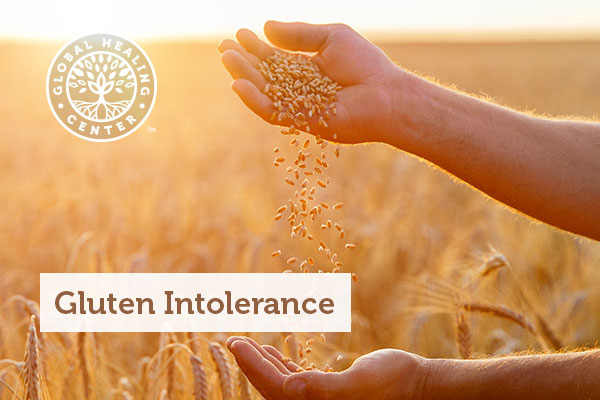 Gluten intolerance occurs when the body, specifically the digestive tract, responds to the presence of gluten in food. The response can range from mild discomfort to serious medical complications. Awareness is continuing to rise regarding the concerns caused by gluten, even for people who do not suffer from a gluten allergy.

Why Does Gluten Affect People?

There are many potential reasons for an increase in gluten intolerance. Many researchers have focused their efforts on examining the role of diet and changes to one's diet.

Consider for a moment, humans began eating cereals such as wheat, rye and barley (grains that contain gluten) within the last 10,000 years. A diet centered on these foods contrasts dramatically from the Paleolithic diet. The Paleolithic diet was the human diet for over hundreds of thousands of years. With this consideration in mind, many believe the human body may not be designed to digest components of these relatively new foods.

We also need to consider that many plants have defense mechanisms to discourage animals from eating them. They accomplish this by creating an immune response or disrupting digestion in the animal. What animal wants to eat a plant that causes intestinal discomfort or worse?

What are the Causes of Gluten Intolerance?

Non-allergy induced responses in humans have been identified as either gluten sensitivity or a wheat allergy. Symptoms such as bloating, abdominal pain and diarrhea may result from an intestinal immune response. [1] Another factor may be reduced intestinal flora that result from gluten in the diet. Studies have found that individuals who consume a western diet have fewer ‘friendly’ intestinal flora colonies than those who consume a more primitive diet. [2]

Increased exposure to gluten may also aggravate an existing condition. Modern processing incorporates gluten into many foods where it does not naturally occur. Food manufacturers include gluten to increase the energy value of food, as well as flavor. This increased presence has been thought to increase the ability of gluten to aggravate the lining of the small intestine, creating digestive concerns. [3]

Individuals who do not suffer from a gluten allergy may also experience gluten intolerance as a result of a change in the digestive tract. Gluten may cause an immune response and cause intestinal redness and irritation. It may also cause ‘unfriendly’ bacteria to colonize; leading to possible immune response, or simply a concern digesting normal foods.

Another possibility not explored has been the impact of GMOs (genetically modified organisms) on digestive health. While little research has been done on this subject, it bears consideration. Especially as reports of gluten sensitivity continue to rise right alongside the increased use of GMOs. [4]

What are the Symptoms of Gluten Intolerance?

As researchers continue to search for the trigger of non-allergic gluten intolerance, studies have shown the symptoms are real. A recent study found that individuals who did not have a gluten allergy still experienced abdominal pain, bloating, concerns with their stool, and fatigue as a result of consuming gluten. [5] For those with celiac disease, the concern is even more significant and may produce additional medical conditions such as skin disorders and bone diseases. [6]

Since researchers continue to search for the causes of non-celiac, gluten sensitivity, individuals who suspect gluten intolerance should be aware of the symptoms as well as the dangers of gluten-related diseases, so as to seek medical consultation as appropriate – or alter their diet to completely avoid gluten.

Gluten Intolerance is a Headline Issue

The simple reason for their being so much discussion about gluten intolerance is the increase in reported cases, particularly in individuals who do not have celiac disease. Despite this, all researchers have really identified is that those suffering from gluten intolerance do not experience the same internal response as those with celiac disease. The symptoms are similar, however the cause of the symptoms is different.

There is good news for anyone who has or suspects a gluten sensitivity. Studies have shown the symptoms of gluten sensitivity disappear on a gluten-free diet (GFD). Perhaps the better news is that no intestinal damage has been observed. [7]

Gluten free foods have become much more prevalent and are easy to find. If you find yourself feeling the symptoms as noted, maybe it’s time to try a gluten free diet. You may be pleasantly surprised.