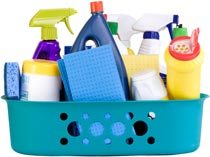 Recent news from The Washington Post sheds light on a story that reveals yet another shocking example of how we, as a collective, continually sacrifice human health for profit gain. The Post states that 17,000 potentially toxic chemicals have been kept under wraps due to an obscure law that protects chemical companies [1].

The Loophole in the Toxic Substances Control Act

Currently, there are over 80,000 different chemicals being used commercially in the United States alone. The Toxic Substances Control Act, passed in 1974, requires that U.S. companies state all chemicals that are used in the manufacturing process of their product. And yet, even with this supposed law for clarity, many consumers are unaware of the amount of chemicals in common household products.

Why is this? A "watered down" portion of the bill allows companies to hide up to twenty percent of all chemicals from the public eye. And this is not only from consumers. The law allows the chemicals to be hidden from state regulation committees, medical professionals, and even emergency response personnel.

It may sound like a conspiracy theory, but both the government and chemical companies are well aware of the fact that if the "secret 20 percent" of hidden chemicals were revealed to the public, consumers would be too afraid to purchase these toxic products. In essence, potentially toxic and lethal chemicals are hidden for business profits.

The law states that companies can keep any chemical secret if they feel that it will protect their profitability, or as the Washington Post reports, chemicals that "could harm their bottom line." And it stands to reason that no company would intentionally hide a chemical from the public if it were completely harmless. It doesn't take a massive leap of logic to assume that the chemicals the companies are hiding could be the most deadly and toxic of all.

Even worse, over 50% of risk reports directed to the Environmental Protection Agency involve issues with these "hidden chemicals," according to the Post. Because of this loophole in the law, more and more companies are hiding more and more chemicals. Estimates from the EPA show that 95% of all new chemicals introduced are kept secret.

Sadly, the agency itself has done little to determine which chemicals are seriously harmful and has admitted to testing 200 of the 80,000 chemicals used in common household products. Of these 200, the EPA has only managed to restrict or ban five of the chemicals. Ten of these secret chemicals are commonly injected into children's play-toys. And, as the law allows for companies to indiscriminately use chemicals that may or may not be toxic, some sources note that the chemical makers themselves are prone to abusing the law's loophole.

Lisa Jackson & The Upside of Transparency 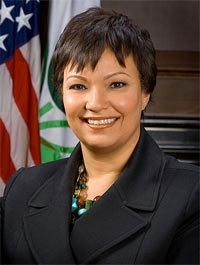 In a world where companies can intentionally hide the fact that they are putting poisonous chemicals in children's toys, it is up to us as consumers to demand transparency. It seems that there is an upside to this sobering tale of the sacrifice of human lives and safety for corporate profit gain. The EPA is working to have this law reformed in Congress this year. EPA head Lisa Jackson has launched an aggressive commitment to increasing awareness and transparency in relation to chemicals in consumer products.

The organization has also announced a coming list of "Chemicals of Concern" (PDF) [2], which will allow consumers to be aware of any chemicals that may, as the EPA states, "present an unreasonable risk of injury to health and the environment." The EPA head has acknowledged the pressing need for comprehensive reform with what she terms "outdated chemical management laws." We can only hope that we, the intelligent consumers, as well as our organizing structures, can have the courage to demand these changes.

Lisa Jackson, head of the EPA:

"The American people are understandably concerned about the chemicals making their way into our products, our environment, and our bodies. We will continue to use our authority under existing law to protect Americans from exposure to harmful chemicals and to highlight chemicals we believe warrant concern. At the same time, I will continue to fight for comprehensive reform of the nation's outdated chemical management laws to ensure a full assessment of the safety of chemicals on the market today and effective actions to reduce risks where chemicals do not meet the safety standard."

This is one more reason I highly recommend cleansing the body on a regular basis. Keeping the body clean in a time where chemicals are everywhere will help reduce the incidence of disease.