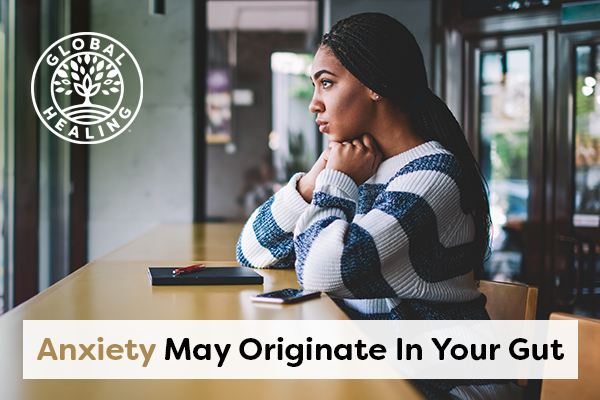 How many times have you followed your "gut instinct" as a method for determining what you should or shouldn’t do in a particular situation? Have you ever felt anxiety fluttering its relentless wings in the center of your stomach? It might not be simple nervousness. The human gut is often called the "second brain," and for very good reason. Research has begun to understand the link between mood and behavior and how they are directly affected by the bacteria in the gut. The gut, and not just the brain, is one of the main originators of anxiety.

Bacteria and Mood: What’s the Link?

Gastrointestinal ailments are frequently associated with anxiety and imbalanced mood, and many researchers theorize that affected persons could alleviate symptoms simply by balancing the gut microbiota with more beneficial bacteria. [1] Speculation over other mental disorders, like autism, has also been strongly linked with imbalances in intestinal flora. [2]

Bacteria in the gut are responsible for a number of metabolic and biological process within the body. Brain health and mood stabilization is something that is deeply affected by the balance of good bacteria in the intestinal flora. A study from McMaster University recently verified this notion, observing just how powerful the gut is at influencing brain chemistry and behavior.

Researchers in this study noted that, while many factors play a role in dictating mood and mental health, bacteria in the gut strongly influences behavior and can be noticeably disrupted during antibiotic administration. This conclusion leads many to believe that the use of probiotics, beneficial bacteria found to influence serotonin levels, the immune system, and digestion, may be a helpful therapeutic tool for behavioral disorders. [3]

About 90% of serotonin is found in the intestinal tract, and roughly 5-10% in the brain. [4] In fact, a healthy intestinal tract may correlate with healthy levels of serotonin, a monoamine neurotransmitter responsible for regulating mood. Around 1 trillion bacteria live in the gut and around 100 million neurons also reside in the intestines, blasting the myth that our neural health is influenced only by the brain. Really, when it comes down to it, keeping the entire body healthy is the only way to maintain a proper mood balance.

Maintaining digestive health by eating natural foods, especially those with probiotic qualities, and drinking plenty of purified water, may be helpful for promoting normal mental health. Exercise, daily sunlight exposure, and increasing probiotic intake may all be helpful ways to boost serotonin levels and manage mood naturally. [5] If you are looking for a high-quality probiotic supplement, I use and recommend Global Healing's Ultimate Probiotic. It provides a blend of over twenty of the most beneficial probiotic strains and prebiotics to help them flourish.