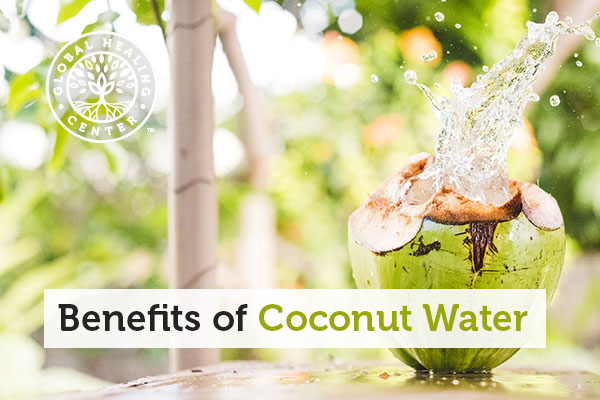 In classic Indian culture, the coconut palm is described as "Kalpavriksha," or, "the all giving tree." I agree with the notion, the coconut palm is a fantastic tree with many offerings. Its fruit and coconut water offer many therapeutic benefits and contributions to human health. [1]

Coconut water is a natural nutritious beverage and it's very popular all over the world. It's thought to be extremely nutritious as it contains active compounds and a unique composition of sugars, vitamins, minerals, amino acids and phytohormones.

The recreational, fitness, and sporting worlds are awash with sports drinks. Remove the marketing and endorsement deals and you'll find that most are just overhyped sugar water. Coconut water has gotten a lot of attention as being a healthy, natural alternative to sport drinks. Most of this appeal is based upon observations regarding its hydration capabilities.

Coconut Water: In the Lab

Just as Indian culture places a high value on the coconut, so do their academic circles when it comes to inquiring into its incredibleness in the laboratory. Several studies involving animal models have reported very positive outcomes when evaluating coconut water. The Department of Biochemistry at India's University of Kerala has repeatedly examined the effect of coconut water on lab rats and done so from multiple angles. In one study, they reported that coconut water reduced blood sugar and oxidative stress in diabetic rats. [2] Another study found that coconut water reduced high blood pressure and improved antioxidant activity. [3] Further research revealed a beneficial effect on cholesterol. [4]

When you're exercising, or just thirsty, you have, literally, hundreds of beverage options. Why coconut water? For starters, it's natural and it's better for you. Coconut water has less sugar, less acidity, and less calories than soft drinks. Coconut water is also higher in electrolytes. When you've been exercising and sweating, you've lost more than water and that's why rehydrating with more than water is necessary. When researchers in Malaysia compared the rehydration efficacy of plain water, sports drinks, and coconut water, coconut water was the shining star. A study that included ten healthy males, each exercising for 90 minutes, determined that not only was sodium-enriched coconut water extremely effective for whole body rehydration, it was also better tolerated- no nausea or upset stomach. [5] These findings are in line with other research that has found drinking coconut water to be easy on the stomach. Persons who consume it after exercising experience less nausea and uncomfortable "fullness" than with regular water, soft drinks, and sports beverages. [6]

According to Loma Linda University Medical Center, the ability of coconut water to provide a mega-serving of refreshing hydration may have capabilities that extend well beyond the ball field or sports arena. If you've ever had a stay in the hospital, you probably got an intravenous saline drip to keep you hydrated. But what if you were in an area of the world where hospital-quality saline bags are not available? If you're lucky, it'll be an area of the world that's plentiful in coconuts because, believe it or not, coconut water has been delivered intravenously to fight dehydration. [7] A similar example of this was reported a number of years ago when the Gilbert Islands experienced an epidemic of Cholera, an intestinal infection that causes severe diarrhea and dehydration. It was discovered that coconut water, with a small amount of table salt added, was incredibly useful for rehydrating affected persons, giving hope to other situations where coconuts are available but conventional fluids are not. [8]