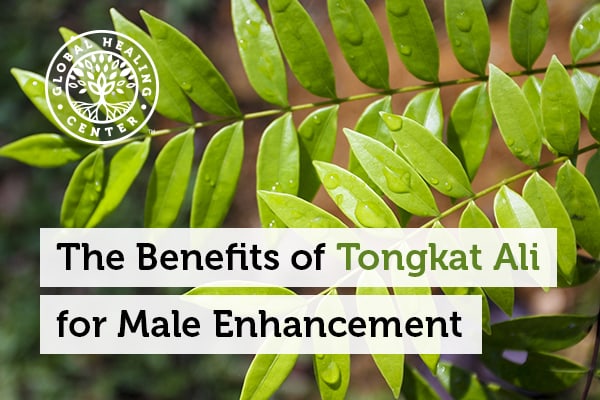 Many aging men experience reductions in testosterone and other hormones, a condition known as andropause. Symptoms of andropause may include reduced sexual response, lack of energy, increased body fat, and mental lethargy. Andropause can be a struggle for many men; it’s frustrating when your body just doesn’t do what it used to. Although testosterone replacement therapy is available, it can have serious side effects and come with great cost. Many men have instead looked to natural, herbal therapies.

Eurycoma longifolia, also known as Malaysian ginseng or tongkat ali, is a therapeutic herb native to the Malaysian rain forests. Like many other exotic plants, tongkat ali is popular in traditional medicine. Its primary use has been to promote healthy libido and support normal hormone levels in males.

Traditionally, tongkat ali root was used as an aphrodisiac and remedy for age-related sexual disorders and symptoms of andropause. The root contains compounds that have repeatedly been shown in animal studies to stimulate libido, promote semen quality, and even support muscle growth.[1, 2, 3, 4, 5] These effects have largely been attributed to increases in testosterone.[6]

A separate double-blind, placebo-controlled study found that men who consumed tongkat ali on a daily basis experienced improvements in erectile function, libido, and semen volume. Some even experienced fat loss.[8]

Although not everyone who supplements with tongkat ali wants to increase their fertility, it is worth mentioning that tongkat ali’s hormone support benefits also promotes normal sperm quality. Sperm quality, measured by volume, concentration, and motility, can impact male fertility.[9]

In one study, seventy-five men who consumed tongkat ali every day were observed to experience significant improvements in sperm quality, improvements that lasted for months after the initial study. Almost 15% of the participants even reported new pregnancies.[10]

Before you supplement with tongkat ali, there are a few things you need to consider. First, you need to ensure you’re purchasing the real thing. The marketplace for sexual support products has attracted questionable retailers and many counterfeit “formulas” are available on the internet.[11] Don’t get scammed.

That said, if you’re a middle-aged male who is experiencing the symptoms of andropause and feel it’s time to put a spring back into your step, consider supplementing with tongkat ali. The research is positive and does not indicate any negative side effects. If you combine herbal support with a healthy diet and regular exercise, you may have a winning formula.