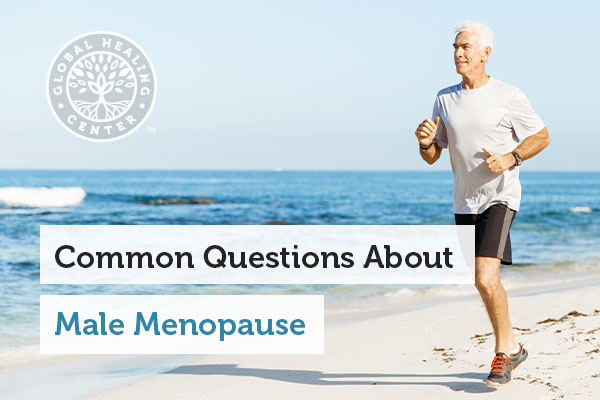 Stereotypically, men are notoriously bad at addressing their health concerns. If something hurts, they opt to tough it out. If a preventative procedure is uncomfortable, they put it off. It seems that the more "embarrassing" a concern is, the more likely it is to be ignored. As a guy, I understand the phenomena but I don't recommend anyone follow it. Everyone needs to be in charge of his (or her) own health.

Part of the reason for the shyness is the lack of dialogue about these things. Now, I've been in social situations with groups of women who seem to have no qualms about describing every single detailed aspect of their pregnancy, childbirth, menstrual cycles, prolapse, menopause, and digestive disorders. Whether or not this stuff is good conversation material is subjective, but there is something to be said about the sharing of information that women tend to participate in. I've never once been in the same situation and heard a man talk about his erectile dysfunction.

Guys, we're all physical beings and, at the base level, it's just chemistry and biology. While it's not necessary to announce your experiences with hemorrhoids at the dinner table, it is necessary to appropriately address health concerns in a timely manner. For your own good, literally, we all need to understand how our bodies work and how they will change over time. All men, especially those approaching (or at) middle age, need to be aware of andropause, or "male menopause." If you haven't heard of it, get ready, because it may be coming.

1. What is Male Menopause?

As men age, blood testosterone levels begin to decrease. Male menopause, or andropause, is the term used to describe the age related decrease of testosterone and symptoms that result.

Given the name, some people may think male menopause as the same as the menopause women experience, but there are key differences. Whereas menopause is usually marked by a complete halt of hormone production, andropause can be much more gradual in its onset. It can also be tricky to identify as testosterone levels can have multiple influences. A clinical evaluation is usually made by testing for bioavailable testosterone. [1]

2. What are the symptoms of male menopause?

In general, symptoms of andropause are physical, mental, or sexual. A drop in testosterone can cause losses in muscle and bone mass, and overall physical function. [2] According to Memorial Sloan-Kettering Cancer Center, low testosterone has been linked to cognitive concerns in older adults. [3] Additionally, the Division of Geriatric Medicine at the St. Louis Missouri University Health Sciences Center notes that sexual health symptoms of andropause include reduced libido and erectile dysfunction. [1]

3. At what age does male menopause typically start?

A Veterans Affairs Medical Center survey reported that men age 51-60 were most likely to experience the symptoms of male menopause. Again, the likely symptoms were sexual (impotence), physical (weakness), and cognitive (memory loss). Also, smoking cigarettes can spark male menopause symptoms even sooner. [4] By some accounts, at least 25% of men over age 70 experience testosterone deficiency. [5]

When testosterone levels are low, it can happen. One course of treatment for prostate cancer is androgen deprivation therapy (ADT), the suppression of male hormones. This is done to prevent the cancer from growing. Unfortunately, it may also instigate symptoms of male menopause. A 2012 English study involving 21 men who were receiving ADT found that hot flashes and night sweats were among most common negative side effects reported. [6]

5. Are any herbal remedies used to address the symptoms of male menopause?

Therapeutic plants and herbs have been used across the world for hundreds, if not thousands, of years to support human health, including for indications of male menopause. In 2012, researchers at Italy’s University Federico II of Naples evaluated the effect of a natural compound containing Tribulus terrestris, a plant used in folk medicine. Within two months, male participants reported improvements in sexual function and quality of life. [7]

In traditional Brazilian medicine, Muira puama is used to enhance physical and sexual performance by stimulating and energizing the body and acting as an aphrodisiac. Weider Nutrition International, brainchild of the late great Joe Weider, has released information stating that Muira Puama is an herb used to boost physical performance. [8]

In Ayurvedic medicine, ashwagandha is used to promote physical and mental health, rejuvenate the body, and increase longevity. Additionally, the plant is an anti-stress aid, which may offer support to men whose dysfunctions are also related to stress.

Male Menopause: How Do You Deal?