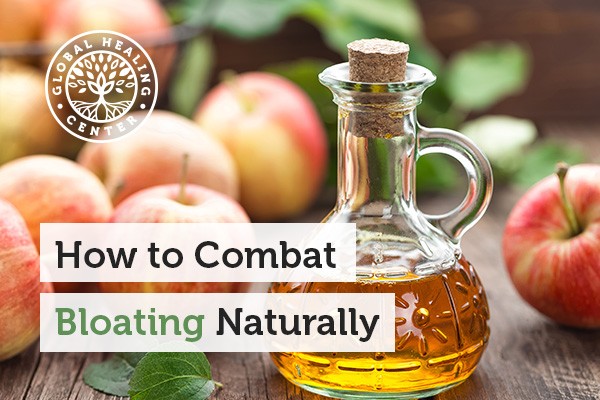 That uncomfortable feeling of your stomach being stretched to the breaking point, of your clothes fitting too tightly, and the burning nausea and cramping that accompanies bloating are all-too-common issues for many people today. Pharmacy shelves are full of various bloating remedies, and doctors’ offices are packed with patients suffering from the common complaint. Drugs and over-the-counter medications may provide temporary relief, but if you’re not dealing with the underlying concerns, you are only setting yourself up for more bloating. First, though, we need to clarify that there are serious physical conditions that can cause bloating, such as an intestinal blockage, abdominal tumor, edema (abnormal collection of fluids in tissues), previous surgery for reflux, or gastroparesis, in which the bowel's ability to move food through (motility) is defective. More so, controllable factors seem to be the most important contributors to bloating, such as diet and lack of exercise.

The fact that bloating is becoming a more frequent and widespread phenomenon gives us the clue to its cause. Doctors often blame air swallowing — but why would we suddenly have an epidemic of air swallowing? It really makes no sense. Then, of course, there's the acid reflux issue. That's a serious concern, but it isn't a result of excess acid. Stomach acid is often seen as a hindrance; however, the exact opposite is true. We need stomach acid in order to break down the food we eat. If you take something to reduce the acid, your ability to digest food is disrupted. So, do everything possible to avoid acid-fighting medications, whether over-the-counter or prescribed, because you'll put yourself into a vicious cycle leading to a lifetime of chronic ill health. What's really behind a bloated tummy in most cases? It's the modern diet. It's full of carbohydrates and additives, many of which are toxic. The heart of your digestive system is the bacteria that do most of the digestive work. If they receive the wrong foods (processed, devoid of fiber), they don't respond well. Just one of those responses is gas and bloating.

The assumption that swallowing air causes bloating rarely makes sense, because it doesn't explain how air seemingly expands somewhere in the gut. The gas of bloating is excessive, and that comes from eating the wrong foods. The wrong foods are ones that aren't natural to humans. In a natural diet, there are no added chemicals. There are also no refined sugars, and what sugars do exist are tightly bound in the flesh of plants and fruits, so there is no sudden rush of sugar entering the blood. A natural diet includes little to no grains, and what grains that are included should be free from gluten. Think about it: Grains require a great deal of processing to make them edible and, until agriculture was developed, they were difficult to harvest. They could not have been a significant part of our ancestors' diet. Yet, they are now the bulk of most people's diets. Worse, the grains most people eat are processed. The modern diet is behind a huge amount of modern chronic disease and, of course, bloating. Bloating is an indication that you aren't feeding the trillions of beneficial bacteria that inhabit your gut. If they aren't healthy, they produce excess gas to let you know it! So, if you really want to end bloating, there is one thing you must do: change your diet. Eat a healthy diet of natural foods with lots of good, healthy fats, protein, and antioxidants. These health-supporting nutrients cannot be obtained in most processed foods, not in their natural form, anyway. Prepared foods, including those from fast food joints and most restaurants, need to be eliminated. Until you do that, you can expect your bloating to return.

The Quick Way to Get Over a Bloated Tummy

There is one trick that works for a large percentage of people for reducing bloating, though it sounds highly contradictory – apple cider vinegar! Simply taking a tablespoon of pure apple cider vinegar may arrest the pain and bloating within a few minutes. There will be a bit of burn at first, but it doesn't last. If you're like most people, you'll be stunned at how quickly it happens. Why does it work? Discomfort is caused by too little stomach acid, not too much. So, regularly taking a bit of apple cider vinegar promotes balance. Of course, that's only a temporary fix. Ultimately, if you want to end the misery of stomach bloating, you must change your diet. Stop eating junk food! That includes about 90% of what's found in supermarkets, and nearly 100% of what's in fast food joints — including most of the stuff they sell as healthy.