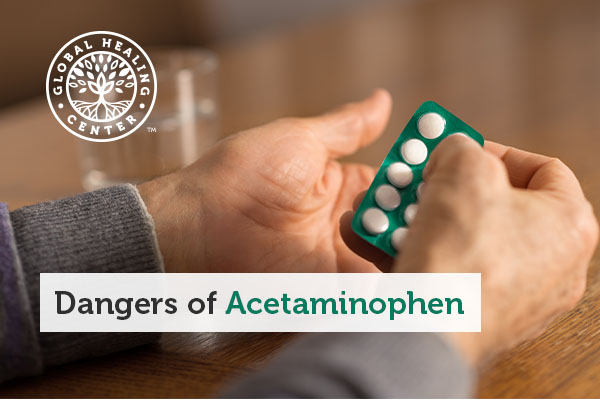 When it comes to proven, over-the-counter solutions for easing pain and controlling a fever, acetaminophen (also called paracetamol, and best known by the brand name, Tylenol) has long been the preferred recommendation for many. It is actually the most widely used product of its kind, and with good reason. When compared to other non-prescription pain relievers and fever reducers, such as aspirin or ibuprofen, acetaminophen is considered to be much more safe – especially for young children, people with weak or compromised liver function, or blood-clotting concerns. [1]

The Dangers of Acetaminophen

But, not so fast. Despite being a better choice than some of the alternatives, acetaminophen doesn't exactly get a free pass. To the contrary, severe health concerns such as liver damage and death have been reported, even after "mild" overdose.

You may be thinking, "Good grief! I thought this stuff was safe!" Well, you're not alone. There's a common misconception that, because it's sold without a prescription, it is also safe to take acetaminophen very regularly to alleviate any and all minor aches and pains. Additionally, the over-the-counter classification has led some individuals to casually disregard dosage instructions and consume more than directed. If two is great, then four must be better, right? Wrong. Those errors are why hospital emergency rooms deal with more acetaminophen overdoses on an annual basis than they do opiate overdoses.

A good example would be taking acetaminophen to cope with a slight hangover. Not only is this use unnecessary (you likely need hydration, not acetaminophen), but it can further stress an already stressed liver. In fact, this exact scenario accounts for a large percentage of easily avoidable overdoses.

Another mistake many people make is not reading the labels on the back of over-the-counter products before using them. Use of acetaminophen is prolific among drug manufacturers, and it's not uncommon to find it included in everything from sleep aids to cold and allergy medications. It's fairly common for those who are under the weather to take several products at once. These small doses can easily add up, and if you're not careful, may lead to permanent liver damage. [9]

In addition to keeping an eye out for hidden sources, and minimizing unnecessary use, using a high quality, all-natural liver supplement and performing a periodic comprehensive liver and gallbladder flush, is a great way to promote the health of your liver.