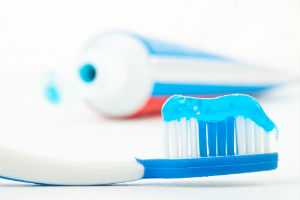 Fluoridation, the process of adding fluoride to public water supplies in an effort to prevent cavities, has courted controversy since its introduction in the US during the 1940s. Now, the prestigious medical journal The Lancet has published a report that supports what opponents of fluoride have long been arguing. In essence, the journal article pointed to the fact that fluoride is a developmental neurotoxin.

The peer-reviewed report, which builds off a 2006 study that looked at five potential neurotoxins, now adds fluoride to the list of harmful environmental pollutants. [1] In fact, fluoride is listed alongside such well-known hazards as lead, mercury, and arsenic. Developmental neurotoxins at high enough levels can cause developmental disorders and are particularly hazardous to fetuses and young children whose brains are still developing. Dr. Philippe Grandjean and Dr. Philip J. Landrigan, the authors of the study, are advocating for a global prevention strategy to control what they call a “pandemic of developmental neurotoxicity.” They also believe that there are still undiscovered industrial neurotoxins and state that chemicals that have not been tested for neurotoxicity should not automatically be presumed safe for brain development.

In addition to the fluoride warnings published in the journal, a recent meta-analysis from Harvard found a correlation between fluoridated water and low IQ scores in children who grew up in the most fluoridated areas. Other studies have linked fluoridation to certain types of cancer. Again, these are mere correlations, but they are consistently strong and warrant further investigation. Mandatory fluoridation has been banned in many countries across the world, including most of Europe, where the addition of chemicals to the public water supply is generally viewed as unethical, especially when there is no significant health benefits. However, fluoride is still commonly added to the public water supplies of most of North America.

What Can You Do?

A high-quality water filter installed in your home can help eliminate, or at least reduce, the amount of fluoride you and your family are exposed to on a daily basis. Also, write a letter to your local government officials relaying your concerns over the fluoridation of the public water supply. Educate yourself first to see if your city’s water is fluoridated.

If you're looking for more information about the dangers of fluoride, check out the documentary, Fluoride: Poison on Tap. It really explains the magnitude of the fluoride situation and I was even fortunate enough to be a part of it.