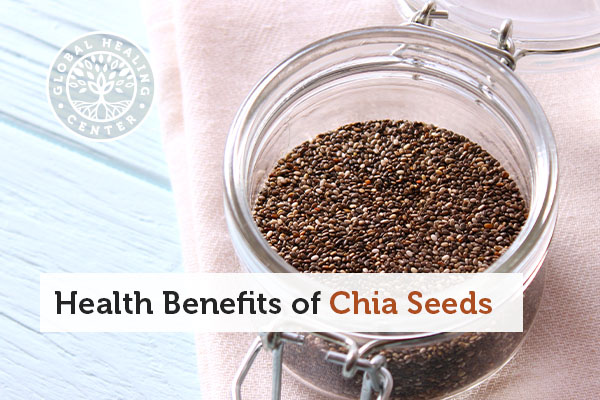 Health awareness is increasing everywhere and so is the demand for healthy foods. Arguably, prepackaged and processed food unnecessarily pollute the can-be-simple process of providing our bodies with nutrition. In response, many people look to whole, raw foods that have traditional appreciation. If you want to avoid lab-experiment food, then just ask yourself, what did people eat before they started eating attractively packaged baked goo made from test tube ingredients?

That’s a question with many answers, and one such answer is chia seeds. Chia seeds are a traditional food in central and south America and, yes, these are the same seeds known for the association with the Chia Pet. But more than an answer to ceramic statue baldness, chia seeds are very nutritious and loaded with omega 3 and 6 fatty acids.

Chia seeds can be eaten alone or added to smoothies, protein shakes, yogurt, cereal, salads, and so on. They have a very mild flavor that is slightly nutty but mostly neutral. When they’re hydrated or mixed with water they form a clear gel consistency. Some people are a little skeptical at first but relax, the flavor is benign, almost tasteless. Nutritionally, however, chia seeds and chia gel is rich in protein and amino acids.

As an ingredient alternative, chia seed gel can replace as much as 25% of oil or eggs and produce a more nutritious product without sacrificing flavor or texture. [1] I'd recommend going ahead and substituting a little more. Additionally, know that breads made with chia seeds are higher in protein, omega-3, omega-6, fiber and folic acid than breads made from whole wheat. [2]

When I was in school, it was the norm for the swim team to ingest massive amounts of pasta a day or two before a big competition to “carb up.” It's common for marathon runners and cyclists to do the same thing. The idea is that “carb loading” will increase the amount of glycogen (energy) in your muscles. Obviously if you've got a big competition or strenuous event, you need to make sure your gas tank is full. But, pasta is heavy in carbs and sugars, is loading up on that stuff the only way to have enough available energy?

According to research performed at the Human Performance Laboratory at The University of Alabama, a better option may exist and that option may be chia seeds. Researchers determined that using chia seeds to load up on omega 3 fatty acids appeared to be a viable substitute for fueling performance during endurance events. Extra bonus? No sugar. [3]

Other Health Benefits of Chia Seeds

According to the Natural Standard Research Collaboration, chia seeds may provide various roles of support for symptoms of many diseases. Omega fatty acids are beneficial but another part of the general “tonic” effect of chia seeds is probably due to antioxidant action. [4] Appalachian State University conducted a study involving 62 overweight women, ages 49-75 and reported an improvement in lipid levels following a diet that included chia seeds. [5] Nutritionally, chia seeds are everything good and nothing bad. For most people, they are a food to include in your diet.

Are Chia Seeds Beneficial for Your Skin?

Like avocados and cucumbers, chia seeds are among nature’s best offerings that, in addition to being nutritionally sound, may also promote healthy skin.

Dry and itchy skin is an annoyance, but severe cases can cause severe concerns, especially when ulcers and infections develop. The results of 2010 Korean research indicate relief may be on the horizon and chia seeds may be to thank. A study involving patients with severe skin dryness used a topical salve produced from chia seed oils. After 8 weeks, all patients reported significant improvements in skin hydration without any negative side effects. [6]