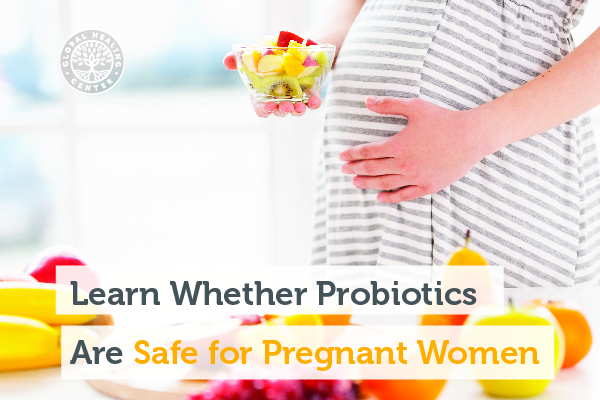 Probiotics offer benefits to women of all ages, including pregnant women. While probiotics are generally considered safe (a study of 341 pregnant women found that probiotics are safe and support overall health) it's best to consult with your doctor before changing your diet or taking new supplements. [1]

Probiotics are friendly bacteria that support digestion and other processes in the body. [2] There are over 400 types of bacteria found in the digestive tract. The most common are Lactobacillus and Bifido. These “good guy” bacteria help break down food and even help fight off harmful invaders, too. Let’s take a closer look at how they benefit women.

The Benefits of Probiotics for Women

Women are more likely to suffer from gastrointestinal disorders than men. [3] Research shows women who take probiotics regularly experience relief and have less difficulty with bowel movements. [4] [5] Not only do probiotics help digestion, some evidence suggests they also reduce the risk of issues like UTIs and bacterial vaginosis. [6] Women with low levels of gut bacteria, like the Lactobacillus and Bifido strains, suffer from these conditions more often than those with normal levels. These friendly bacteria promote an acidic environment in both the urinary tract and vaginal area, which helps keep unwanted bacteria in check.

Probiotics also help with absorption of key nutrients, such as iron, [7] they support the immune system, [8] encourage a balanced mood, [9] and even promote thinking and memory. [10]

Taking Probiotics During and After Pregnancy

In many cases, however, pregnant women suffer the opposite effect – temporary diarrhea. Probiotics can help with this as well, as they help to slow the passage of food through the digestive tract. This helps to regulate digestion; the slower movement of food also means a better chance for nutrient absorption, which is incredibly important during pregnancy.

Probiotics are available in several forms and different individuals may respond differently. For pregnant women, yogurt and kefir may not be ideal. This is particularly true when morning sickness is present. And, not all yogurt contains probiotics. Look for the phrase ‘contains live cultures’ and review which cultures are included. It's always best to double-check the label to make sure you know what you're getting.

Pickled or fermented foods like sauerkraut, kimchi, miso soup, and pickles are great sources of natural probiotic bacteria. The fermented tea, kombucha, is also a tremendous source of probiotics. Of course, if your pregnancy is hampering your ability to eat food and keep it down, probiotic supplements are also available. Just be sure to check with your doctor first.

Taking Probiotics While Pregnant or Breastfeeding

Taking probiotics while pregnant or breastfeeding is generally considered safe, as probiotics stay in the digestive tract and do not enter the blood. That means that they will in no way reach a developing fetus or a breastfeeding baby. [12] They do, however, improve digestion and availability of nutrients that are important to both mother and child.

Should Newborns Be Given Probiotics?

Recent research shows newborns who take some form of probiotic shortly after birth do enjoy better health and have stronger immune systems. [13] The study showed that of 925 infants, those given probiotics needed fewer antibiotics than the group who received the placebo. Researchers noted, “Feeding synbiotics to newborn infants was safe and seemed to increase resistance to respiratory infections during the first 2 years of life.” Another study reported infants of mothers with allergies who took probiotics had a lower risk of developing allergies by 12 months than those who did not. [14] Although that's interesting news, whether or not a new mother gives her child probiotics is a decision she needs to make with her child’s pediatrician.