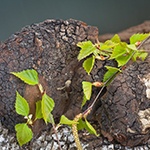 Chaga (Inonotus Obliquus) is a mushroom that typically grows on birch trees in colder climates across the Northern Hemisphere. At first glance, the mushroom doesn’t look very appealing; actually, it doesn’t even look like a mushroom at all! Appearances can be deceiving, however, as this special mushroom packs a punch when it comes to its health value. What Is Chaga Mushroom? Chaga has been consumed for centuries in the East, most typically as tea, where its health benefits are well established. More recently, chaga has been gaining popularity in the […] We all know that it's important to eat our vegetables. At least, that's what most of us have heard since we were kids. What our mother's told us as when we were young, our doctors tell us as we get older. Sometimes though, it helps to have a more specific reason than high cholesterol, or even a motherly "because I said so." Especially for people who aren't big fans of eating organic greens. (more…) 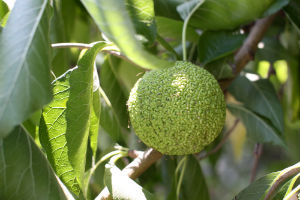 Highly revered in Native American cultures, the Osage tree is has admired for centuries. The bark, fruits, and leaves all contain phytonutrients that are responsible for the tree’s proposed health benefits. Its volatile oils make it a strong, natural insecticide, and many of its compounds have also been shown to protect the body against many types of harmful organisms. Available literature gives insight into the tree's power to promote human health. (more…) 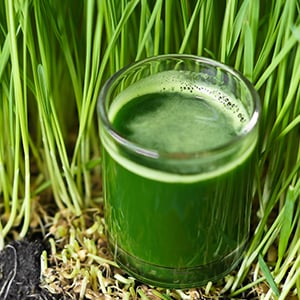 You may have heard a lot of buzz surrounding the healthiness of vegetables, especially leafy green vegetables with deep, rich color tones. In many ways, they're perfect foods and part of the credit is owed to the chlorophyll they contain. Chlorophyll is a green pigment that's instrumental in photosynthesis. It's what gives plants their green color. Research also suggests it's extremely beneficial for promoting good health. Benefits of Chlorophyll The following 10 benefits demonstrate its amazing versatility and power. 1. Helps Control Hunger and Cravings Compounds containing chlorophyll might help […]