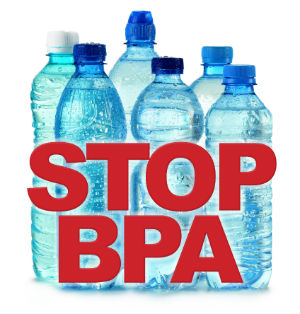 For years, the scientific community has been debating the exact effects that endocrine disruptors have on the human body. Now, the environmental ministry of France is calling for urgent action from the Council of the European Union, arguing that the dangers of endocrine disruptors must be acknowledged immediately.

What Is an Endocrine Disruptor?

According to the United States National Resources Defense Council, "An endocrine disruptor is a synthetic chemical that, when absorbed into the body, either mimics or blocks hormones and disrupts the body's normal functions." [1] In other words, an endocrine disruptor is anything that alters or inhibits the body’s hormonal balance. This can have a wide range of effects on human health, including altering gene expression and perhaps contributing to cancer and fertility concerns. Bisphenol A (BPA) is one example of an endocrine disruptor that is commonly found in plastics (e.g., plastic water bottles).

Endocrine Disruptors and the EU

In the EU and elsewhere, the very definition of endocrine disruptors remains up for debate. Though the EU had slated the release of an official definition in December 2013, the EU’s Environment Commissioner, Janez Poto?nik, delayed the document. Since scientists still do not fully understand certain aspects of endocrine disruptors — including the specific effects that they have on human health — the EU has been hesitant to issue any official statement on the matter.

France argues that there now exists enough evidence on the effects of endocrine disruptors to begin taking precautionary measures. One of the proposals is the initiation of a definition of disruptors. France went on to suggest a three-tier system of categorization for endocrine disruptors — verified, presumed, or suspected — to reflect scientists’ certainty regarding the hazard level of each disruptor. France presented its argument at the EU Environmental Council meeting on June 12, 2014. According to an official release from the EU Commission, the Council’s response was as followed: "The Commission explained that work [on developing risk-based scientific criteria for classifying endocrine disruptors and a new strategy for EU action] was well under way and that a public consultation document would be issued in the coming days, outlining different options for a new strategy." [2]

This is great news and hopefully other elected leaders will keep the ball rolling!