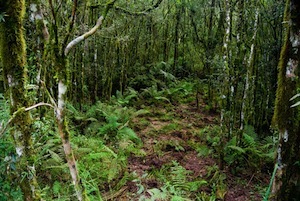 Some of the world’s best therapeutic plants are found throughout the rainforests of South America. One in particular, Pfaffia paniculata, better known as suma, is a ground vine whose root has been used for centuries to promote health. In Portuguese, Suma Root is called “para tudo” which means “for everything”. The name is likely in reference to use it being used to improve various ailments including fatigue, anxiety, erectile malaise, and stress. [1]

Much of suma root’s traditional use has been as an aphrodisiac and evidence suggests it helps to support balanced hormone levels. The use of suma is widespread throughout South America and has even spread to the Caribbean. [2] Only recently, however, have the benefits of suma root gotten worldwide attention, and it’s become a primary ingredient in many formulas that support men's health and hormone levels.

Why is Suma Effective?

Suma is very nutritionally rich. It contains antioxidants, amino acids, vitamins A, B, E, and K, minerals, and electrolytes. The electrolytes and B vitamins provide its energizing effect. Suma root is sometimes called “Brazilian ginseng.” A slightly misleading name though, as suma is not actually part of the ginseng plant family, it just has similar, energizing qualities. Suma also contains germanium, which boosts the immune system. Perhaps most interesting is that suma root contains two anabolic agents, allantoin and ecdysterone, that have been linked to muscle growth support and enhanced endurance.

Suma root contains ecdysterone which helps to support healthy hormone levels in men. When hormone levels are in check, the body is able to repair itself and grow more quickly. Suma has been popular with athletes as an alternative to steroids, even earning the name the “Russian Secret” due to allegations that Russian olympians have used it to enhance performance.

Research out of Russia has found that ecdysterone, combined with a high protein diet, promotes moderate gains in lean muscle mass and reductions in body fat up to 10%. Some research has shown that ecdysterone has a wider anabolic action than methandrostenolone and Dianabol, two powerful anabolic steroids. [3] It sounds like a tall order but in 2003, Japanese researchers also reported that phytosteroids were found to boost sex hormones, including testosterone, in animal models. [4]

Natives of the Amazon have used suma root for centuries to boost libido. Researchers at the University of Modena and Reggio Emilia in Italy found that suma root lives up to its folk reputation as a sexual stimulant. They gave male rats suma root and reported observing significant improvements in sexual performance. What’s more, rats given the highest amounts ejaculated more and faster. [5]

Men are interested in balancing their hormone levels for a variety of reasons. Some are experiencing symptoms associated with andropause, some strive for optimum physical fitness, and some are just after all-around good health. Regardless of the reason, evidence suggests that natural plants like suma may have something to offer.

There are no known safety issues associated with suma root. However, anyone who competes in a tested competition should avoid suma root. Both the World Anti-Doping Association and the National Football League have banned ecdysteroids like suma root, despite being all natural, plant compounds.